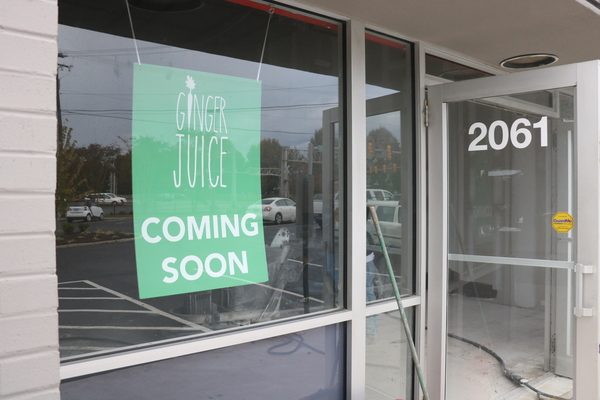 Ginger Juice is shooting for a February 2019 opening. (Charlotte Woods)

Adding to locations in the Village Shopping Center and Greengate, a Richmond-born juice bar chain is staking a claim in Chesterfield County.

Ginger Juice, founded in 2014 by Erin Powell, is planning a third store at 2061 Huguenot Road in the Huguenot Village Shopping Center.

The shops offer a range of products, including juices, smoothies, acai bowls and toasts. It also sells a line of juice-based cleanses.

Powell said she has seen a number of Chesterfield residents patronize her first two stores, thus she expects they’ll be pleased to have a Ginger Juice in their town. 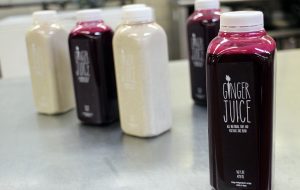 “We have a large segment of our customers that are coming from that area,” she said.

The Chesterfield store has 792 square feet of space and was leased through Colliers. Powell said she hopes to open by February 2019.

“That was something our customers were asking for and is a big need I’ve seen in this marketplace,” Powell said. “I’ve seen other restaurants do this fast-casual model successfully but no one’s really done it with juice bars.”

The new store will seat nine, focusing more on serving grab-and-go customers. Like her other locations, customers can order in advance through Ginger Juice’s mobile app. 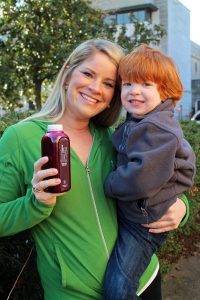 Powell’s son, Sayer, has been an inspiration behind Ginger Juice.

First, the store’s name is inspired by his red hair. Second, Powell struggled to get him to eat vegetables before discovering he would drink them. His favorite menu item is the Peanut Butter Punch smoothie, which contains hemp milk, vanilla protein, blueberries, bananas and peanut butter.

Powell said also is exploring the possibility of franchising the concept at some point.

“I’ve always thought that there was an opportunity to have more than a couple of Ginger Juices,” whether it is in Richmond or other parts of the country,” she said.

When done correctly, franchising can be a great way to grow a business. Being able to confirm proof of concept through multiple (and profitable) locations is one of several indicators that you could have a franchisable concept. Good luck!