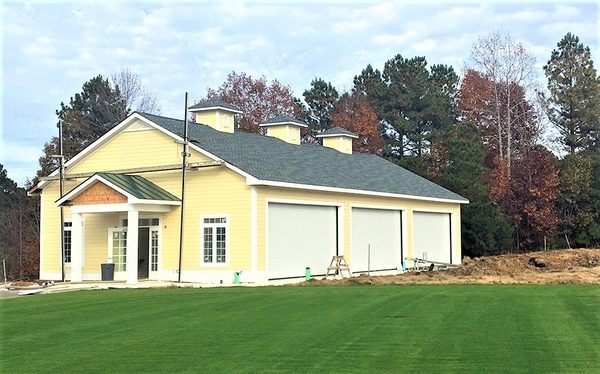 The Spiders are nearing completion of construction of a new practice facility at Independence Golf Club in Midlothian.

“It really gives us a physical home at Independence,” which has served as the school’s home course since 2014, Hardt said.

“This is a manifestation of the university’s commitment to having a first-rate championship men’s and women’s golf program,” said Hardt, who has been on the job at UR for 10 months. “It amplifies our commitment to competing at the highest levels.”

Construction on the coaches offices and lounge area is complete, and the hitting areas are expected to be ready for the players by the end of the month, weather permitting.

While not commenting on the specific budget, Hardt said the university raised more than $1 million for the project through donations from alumni and UR athletics boosters. 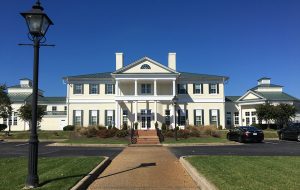 Pictured above: The clubhouse at Independence. Giff and Alan Breed bought the golf course in 2014. (Michael Schwartz)

UR’s connection to Independence was forged in 2014 when brothers Giff and Alan Breed bought the golf course.

“I’m a UR alum and my brother is on the Board of Trustees, and both of us love Richmond and obviously both love golf,” said Giff, who runs the course. “When we bought Independence, we approached the athletic department and said, ‘Hey guys, we’d love to figure out a way to be the home of the Spiders.’”

Construction on the practice facility began in May, with Graybeale Construction as general contractor.

Hardt also said the new digs won’t hurt when it comes to recruiting.

“It makes a very positive impression on prospective student athletes,” he said.