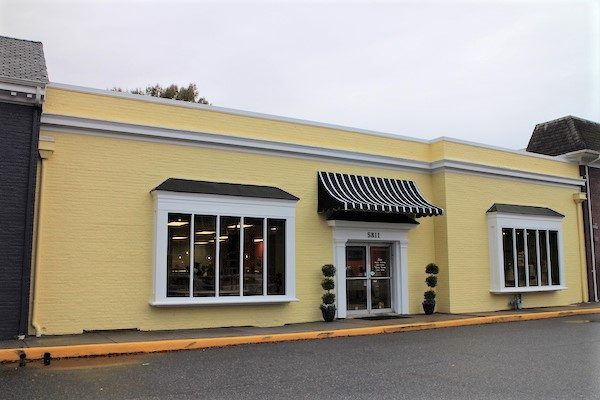 A West End bakery has completed its move around the corner.

Owner Laurie Blakey moved the shop from 5812 Grove Ave. to the larger, former home of The Toy Center because she said the bakery was running at maximum capacity and having to turn down business. Pearl’s jumps from 1,600 to 5,000 square feet in its new digs.

With the extra space, Blakey said Pearl’s has been able to add offerings, such as pies, tortes, mousse, eclairs and breads. 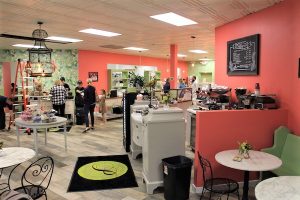 With the additional space, Pearl’s was able to add a full espresso bar. (Mike Platania)

The shop’s changes to the building included interior renovations and keeping the former toy store’s yellow facade, albeit a more muted shade.

Blakey founded the business in 2010 along with Laura Condrey, whom Blakey bought out of the business this year.

Pearl’s still has about a year left on its lease at 5812 Grove Ave. The property owner, Allison Wright, said she’s both listed the building for sale and is seeking a new tenant for the Pearl’s space. Also in the building is women’s clothing retailer Bliss at 5812.

Just across the street from Pearl’s new shop is the former Westhampton School, which Bon Secours is leasing from the city. In September, Thalhimer Realty Partners won a bid to redevelop the site into a $53 million mixed-use project.