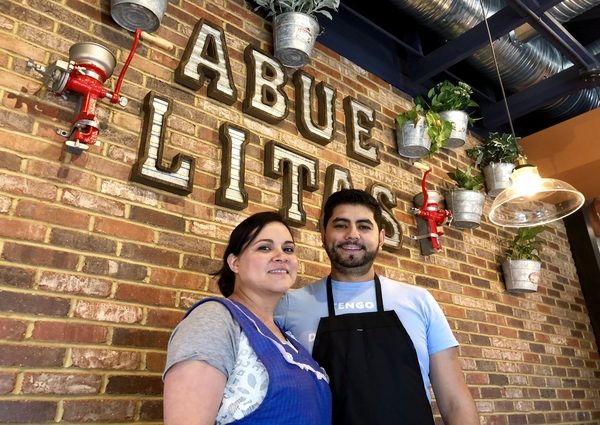 A local restaurateur couple is cooking up a new concept at a former chicken joint in the city’s Southside.

Aside from their new Richmond outpost, the duo also owns and operates El Cerro Azul, a Mexican restaurant with locations in Midlothian and Powhatan. Abuelita’s will be their first that focuses on Spanish stews, known as guisos.

“We’ve been working on this concept for a while,” Benavides said. “When we decided to actually move forward with it, we wanted the restaurant to be a Mexican food concept that no one in the area was doing … we decided to make our focus guisos.” 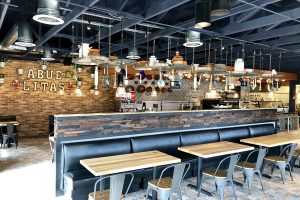 The couple purchased the building on the turnpike in December 2016 for $380,000, according to city property records, and invested an additional $120,000 to overhaul the former chain chicken joint.

“We go to church in Manchester, so we’ve driven past this location a lot,” Benavides said. “When we saw the for-sale sign, we called and moved on the property as fast as we could.”

Guisos are an authentic Mexican stew dish, where either pork, chicken, seafood or steak simmer in a richly flavored, tomato-based broth for hours, Benavides said. All of the stews include a variety of vegetables, such as zucchini, onions, corn and carrots.

Aside from the freshly prepared stews, Abuelita’s also makes its own corn tortillas, and several of its aguas frescas, such as horchata, on location at the restaurant.

“That was very important to us,” Fonseca said. ‘We wanted it to be as authentic as possible.”

There is no set menu at Abuelita’s, Fonseca said, adding that all of the stews are made fresh daily based on what ingredients and vegetables are in season.

“When you go to your grandparents’, in our culture, you eat what they make for you,” Fonseca said. “The same applies to Abuelita’s. Doing away with the menu allows us to use the fresh ingredients and vegetables we have in-house, and gives us the freedom to make what we want that day.” 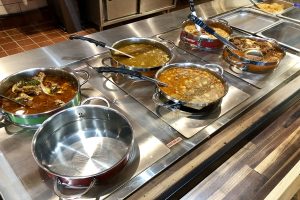 Some of Abuelita’s signature stews include Costilla de Puerco con Calabacita, or pork ribs with zucchini; and its bistec con papas, or steak and potatoes stew. The location also serves up daily vegetarian stew dishes, and features a salsa bar that includes several spicy flavors such as salsa de tomatillo and repollo.

Served cafeteria style, patrons can choose between an individual stew bowl for $3.50; or a combo that includes a stew bowl, corn tortilla, and a choice of either rice, black or refried beans for about $8.

No beer, wine or mixed drinks will be served at the restaurant, Fonseca said.

“It doesn’t pair well with the dishes that we are making, so we decided not to include it,” he said.

Instead, several popular Mexican sodas, such as Jarritos and Sidral Mundet Apple soda, are served by the bottle, along with regular fountain drinks. Coffee and Mexican hot chocolate, made with condensed milk, cinnamon, sugar and vanilla, also are available.

“It’s about offering something that’s filling to the soul, something that your grandmother would cook in her kitchen,” Benavides said. “That’s what we want to offer at Abuelita’s.” 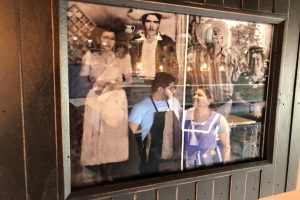 Caught in the reflection of her grandparents’ photo, Benavides and Fonseca stand in their new restaurant, Abuelita’s, which pays tribute to their grandparents and hearty Mexican guisos dishes. (J. Elias O’Neal)

With the look and feel of their grandparents’ kitchen, the couple looks forward to adding Abuelita’s flavor to Richmond’s Midlothian Turnpike — a corridor that has one of the largest concentrations of international restaurants in the region.

“The city, and its dining scene, have grown a lot,” Benavides said. “I feel like people here are willing to at least try anything, and that’s a good thing for us, and one of the main reasons why we opened this restaurant here.”