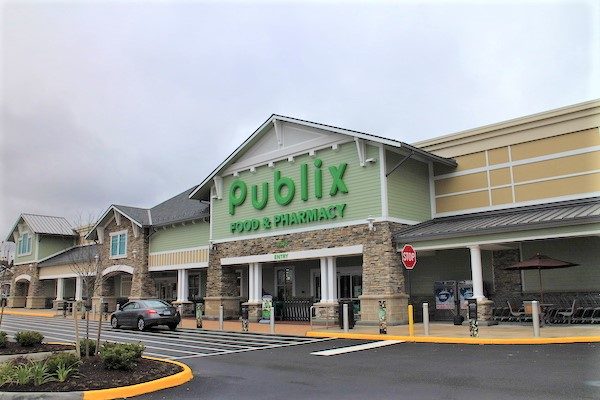 Publix opened this week in the Cosby Village development at 7200 Cosby Village Road, near the intersection of Otterdale and Hull Street Roads.

The newly built store opened just over a year after the Florida-based grocer announced plans to build a 50,000-square-foot store on six acres.

The store is Publix’s 10th in the Richmond region and second in Chesterfield County, joining another outpost less than three miles east in the Harbour Pointe Shopping Center. 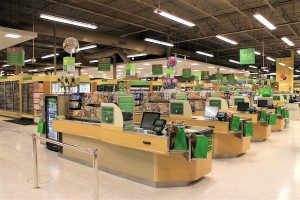 The store is Publix’s second in Chesterfield County. (Mike Platania)

The grocer is the anchor for Cosby Village, which also has two retail outparcels totaling 17,700 square feet in the works just to the store’s west. Cushman & Wakefield | Thalhimer’s David Crawford and Kevin South are handling leasing of those buildings, and Crawford said they’re finalizing leases on some of the space.

Crawford added there’s an additional three pad sites in front of the Publix on which more retail space will rise.

Residents soon will follow, as Alabama-based Liv Development filed plans with the county to build 300 apartments adjacent to Cosby Village.

Publix entered the Richmond market last year by taking over a number of Martin’s stores throughout the region.

Some of those former Martin’s boxes are being razed to make way for Publix to build from scratch. Among those that will be replaced is in the Richmond Shopping Center at the western end of Carytown, where Publix will anchor Carytown Exchange, a $45 million development from Florida-based Regency Centers. 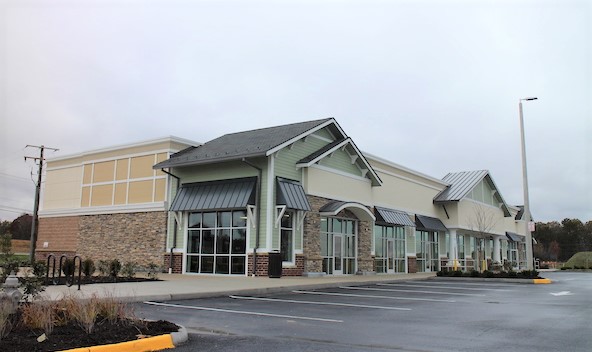 Work is finishing up on two retail out-parcels adjacent to the grocery store. (Mike Platania)

The intersection of Hull Street and Otterdale is going to be very special. To the north east the road will lead you past the Publix SC to the Liv Dev apartments and then to Greenwich Walk, Terraforge’s last section of Fox Creek. Main Street Homes will be joining Style-craft, HHHunt and Ryan Homes to build out that quadrant. More development will follow between Cosby Road and Hull Street Road. BDC is busy on the SW quadrant with new retail and behind it Markel Eagle is rumored to control property as part of Mark Sowers’ Harpers Mill for more age restricted… Read more »