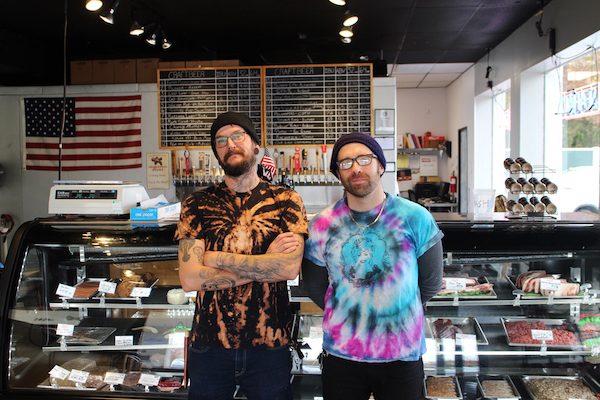 After working for other owners for years, three local butchers have put some skin in the game and purchased their own shop on the Southside.

Bon Air Provisions opened in fall 2016 and was owned by Joe Dreibe, who also owns Joe’s Inn Bon Air next door. Musselman, Johnson and Franklin had been employees of the store after working together at the now-closed JM Stock Provisions in the Fan.

That’s when the chance for a deal came along.

“The shop was already here and rolling along pretty well,” Musselman said. “The opportunity came up to buy it and we didn’t want to pass that up, but we wanted to turn it into the shop that we want to be in.”

The trio purchased the business from Dreibe for an undisclosed amount and launched a Kickstarter fund, looking to raise $12,000 to upgrade and rename the shop. They hit their mark, with $12,935 when the campaign closed last week.

The new money will be used to add a variety of new hardware, including a floor band saw, commercial smoker, convection oven and food processor, as well as new signage, a point-of-sale system, and assorted pots and pans. 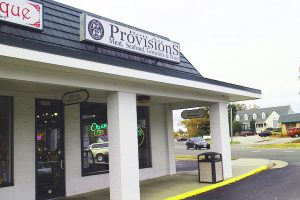 The group said the new equipment will be critical to Cardinal State moving into whole-animal butchery.

“To do whole animal, you need the tools and space, as well as the knowledge and capital,” Johnson said. “Everything will come into the shop as at least a quarter of an animal.”

In addition to cases of meat and over a dozen beer taps, Cardinal State also will have a limited supply of dry goods.

The shop will operate under the Bon Air Provisions name until the start of 2019, by which point they hope to also have all the new equipment in.

“Now we’re just getting the Kickstarter rewards out. We’re so appreciative of the people who donated and believed in it,” Johnson said.

“It feels awesome. It’s no less terrifying than when we first started this, but it’s going to give us what we need to upgrade the shop,” Musselman said, laughing.

You’re going to buy all of that equipment, etc., with $12K? Wow, I will come in and spend some money there, with that kind of fortitude, you deserve to be rewarded.