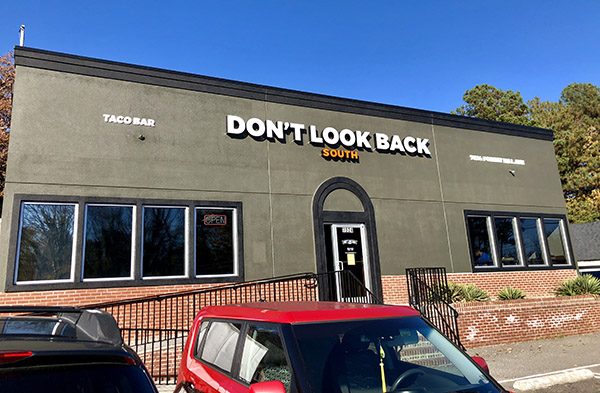 Fresh off opening a Scott’s Addition location, a local taco shop chain is up and running with a spot on the Southside.

Don’t Look Back South opens to the public today at 7524 Forest Hill Ave. in the city’s Forest Hill neighborhood after a two-day soft opening Monday and Tuesday.

It’s the second taco outpost for co-owners Hamooda Shami and Nate Gutierrez, who launched Don’t Look Back in Carytown in 2012 but were displaced by a fire in July 2017.

After a 10-month hiatus, they opened Don’t Look Back Triple in the former Triple Lounge space at 3306 W. Broad St. in Scott’s Addition last spring.

Much like its Scott’s Addition location, Don’t Look Back South plans to serve a variety of a la carte tacos served on corn or flour tortillas either gringo-style (cheese, lettuce, sour cream and salsa) or traditional with chopped red onions, cilantro and side of lime wedge. Other items include salads, burritos, quesadillas and Frito Pie dishes.

For example, vegans will be able to receive textured vegetable protein (TVP) as a taco option at their South location, while the Twin Oak Tofu offering will be a mainstay on the Triple menu.

And while both locations will serve Key Lime Pie, the Triple location will offer the DLB Cookie and the South outpost will feature an assortment of flavors of helados, or Mexican ice cream.

Don’t Look Back South also will offer a variety of local and regional beer and cider selections, and several cocktails. 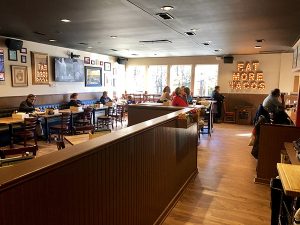 At 1,900 square feet, Don’t Look Back South seats about 57 people. Shami said they plan to launch construction of patio seating this spring.

“We want the space to be inviting and welcoming,” Shami said. “To have the patio out front for people coming down Forest Hill Avenue is going to hopefully draw in more people.”

Patrons can dine in or carry out at Don’t Look Back South. Starting Wednesday, it will be open from 11 a.m. to 1 a.m. seven days a week.