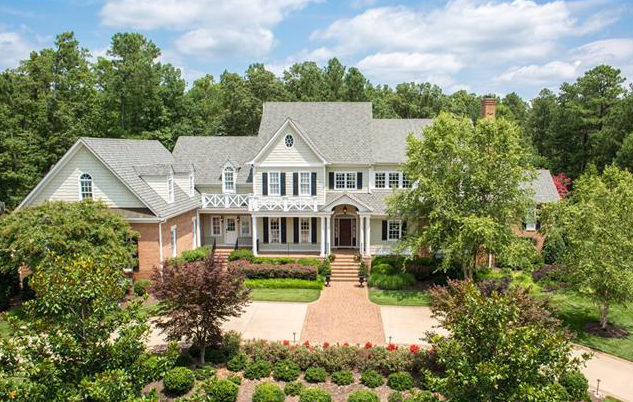 A Goochland County home previously tied to an owner of the Flying Squirrels now is linked to the group reviving the Colonial Downs racetrack.

The six-bedroom, nine-bathroom house initially was listed in January 2017 for $2.1 million by sellers Brian and Melissa Callaghan, who have built a new house a mile or two away. Brian Callaghan is an investor and entrepreneur who owns a minority stake in the Richmond Flying Squirrels.

County property records list the buyers as Prentice and Laura Salter. Prentice Salter is a member of Colonial Downs Group, the investment group that’s working to bring horseracing back to the New Kent County racetrack.

Salter served as president of Revolutionary Racing, the now-defunct Chicago-based entity that purchased the closed racetrack in March. The entity’s former principals are now part of Colonial Downs Group, which is aiming to reopen the racetrack this fall and recently broke ground on its planned Rosie’s Gaming Emporium, an off-track horse-betting parlor on Midlothian Turnpike.

The 2-acre property most recently was valued in a county assessment at $1.84 million.

The Salters were represented by Debbie Gibbs of The Steele Group | Sotheby’s International Realty. Keller Williams’ Susan Morris and Erin Walsh had the listing.

Morris and Walsh picked up the listing in May. The Callaghans had previously worked with Sheri Rosner of Long & Foster’s Virginia Properties, who listed the house last year before delisting it that September.

Morris and Walsh said the listing came their way through mutual connections with the Callaghans. Morris said they were referred by an instructor at Richmond Baseball Academy, where her son and one of the Callaghans’ sons both play ball.

Walsh said she also has known the Callaghans for years, as her husband previously worked for Brian Callaghan at Apex Systems, the Glen Allen-based IT staffing firm that was acquired in 2012 for $600 million. Callaghan founded the firm and served as co-CEO.

After re-listing the house in May, Morris said they received offers that didn’t work out before the Salters put it under contract in September. She said the buyers liked the house for its amenities, including a pool, playground and media room, as well as its location in a gated community.

“They were moving from upstate New York, and it had all of the amenities they were looking for,” Morris said. “It fit their lifestyle. It’s a great entertaining house too.” 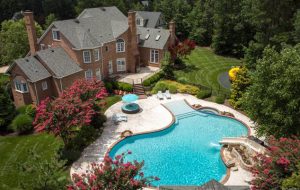 The property features a walk-in heated pool with a hot tub, stone feature with a water slide, and nearly 300-square-foot pool house.

The walk-in heated pool includes a hot tub, a stone feature with a water slide, and a nearly 300-square-foot pool house with kitchenette, full bath and screened porch. The property also includes a detached garage and three bays attached to the house that can store six vehicles.

The house joins other sales in the area that have approached the $2 million mark. This summer, the 7,600-square-foot house at 300 Wickham Glen Drive, just east of Rivergate, sold for $1.85 million.