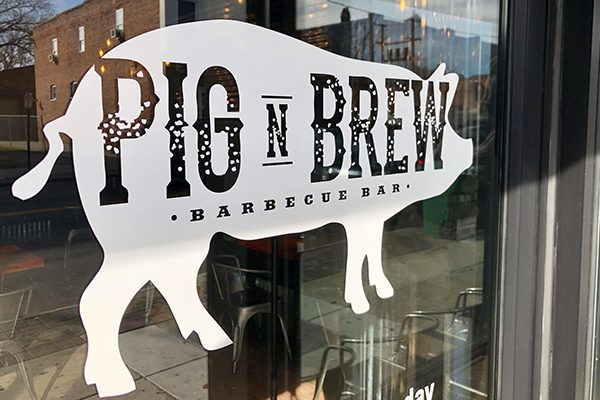 The latest arrival to Manchester’s growing restaurant scene is settling into the neighborhood.

Pig -N- Brew Barbecue Bar opened for business Nov. 30 at 1313 Hull St. in the building renovated by local investor/developer Charlie Westbrook, who is also a broker with One South Commercial.

The new venture is a partnership between Lamarr Johnson and Lamont Hawkins, the owner and pitmaster of Inner City Blues Carolina BBQ at 3015 Nine Mile Road in the East End.

“So far we’ve been received by the neighborhood pretty well,” Johnson said of the new Manchester spot. “Right now, it’s about service and seeing what people like on the menu.”

The 1,500-square-foot space, which includes a full bar with five televisions, seats about 50, Johnson said, and employs 10. 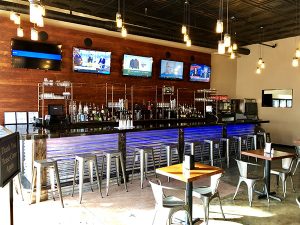 The duo invested more than $40,000 to outfit the space since first announcing in August 2017 its plans to open in the neighborhood.

“Everything that we do we make fresh in-house that day,” Hawkins said. “From making the sauces to the smoked meats that we have on the menu, we do it all here.”

“We’re working closely with Jack Daniels on cultivating drinks for our menu,” Johnson said. “They’ve been a good partner with us, and we plan to highlight more of their product in future drinks.” 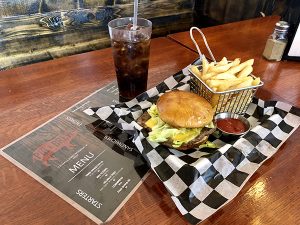 For now, the restaurant can’t take to-go orders over the phone.

“That policy is going to change,” Johnson said. “We need to focus our attention on customer service and dining at the restaurant for the moment, and when we feel that we’re in a place to handle deliveries and call-in orders, we will adjust as necessary.”

“It’s a good sign about our decision to come to Manchester,” Johnson said. “Obviously, there was a need for more dining and bar options in the neighborhood, and we’re glad to be adding our take to the area.”

One door down from Pig -N- Brew, Anthony “A.J.” Brewer – owner of Brewer’s Cafe at the corner of Bainbridge and East 12th streets – is starting work on his 1,600-square-foot Brewer’s Waffles restaurant at 1309 and 1311 Hull St.

Other ventures the Hilds have in the works nearby include the Butterbean Market and Cafe, which remains under construction at 1204 Hull St., along with Dogtown Brewing Co. at 1209 Hull St., and Manastoh Brewing in the old Bank of Commerce & Trust building at 1128 Hull St.

Entrepreneur and restaurateur Michael Ng has said he’ll look to make an additional investment in Manchester after buying 1303 Hull St., a two-story, 3,200-square-foot building that houses Send-a-Chef’s Ghetto Burger Restaurant. He said he will look at nearby buildings, with restaurant concepts in mind.

Inner City Blues Carolina Barbecue has some of the best barbecue in the area. I’m excited that they’ve expanded to Manchester and wish the owners much success on their new venture.

Looking forward to trying it!! They might want to open before noon to better catch the early lunch rush from the Courthouse staff. Interesting that like the neighbor, Ghetto Burger, they are not open on Monday or Tuesday.

Excellent point on the opening time. 15 minutes early saves you 30 minutes over a lunch break.