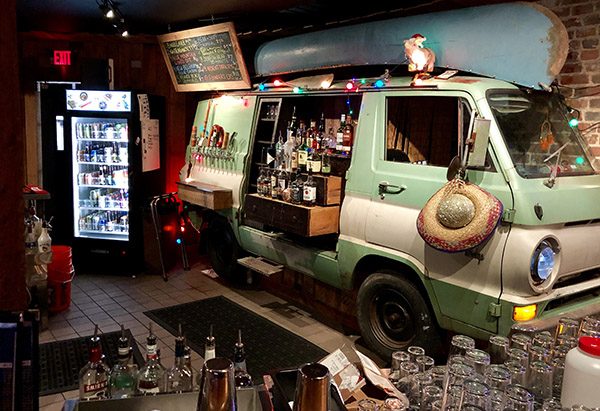 Looking to feed its cult-like following, a restaurant group birthed in Dukes territory is doubling down with its second location and concept in Richmond.

Billy Jack’s fills the two-level, 5,000-square-foot Europa building at 1409 E. Cary St. The space was left vacant about two years ago with the closure of Torero Tapas Bar & Grill and Ibiza Night Club.

It’s the fourth Billy Jack’s for Sabin and Ludwig, who launched the concept in 2011 in Harrisonburg.

The group also operates Billy Jack’s Shacks in Charlotte, North Carolina, and Fort Lauderdale, Florida, with a future location opening in Davie, Florida near Miami. Its Jack Brown’s locations are scattered across Virginia, North Carolina, Tennessee and Alabama, including a spot in Richmond’s West End on Grove Avenue.

One of the restaurant’s signature items is its “sticky nuggs,” fried chicken nuggets that can be mixed with several house-made sauces that include sticky sweet chili, classic buffalo or habanero shocker. Another is “mac’n cheese steak,” made with shaved ribeye steak, caramelized onions, macaroni and cheese and Funyuns, all served on a toasted hoagie. 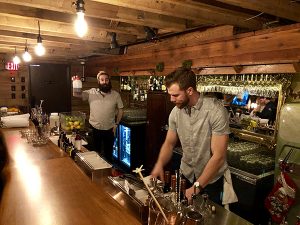 As part of the Billy Jack’s Shack concept, the Hideway serves an intimate hangout for patrons looking for more drinks and cocktails. (J. Elias O’Neal)

The main level of the restaurant includes several seating areas and a bar with a built-in Volkswagen camping van that’s been retrofitted as a pouring and drink preparation station.

The lower level, called the Hideaway, offers patrons a more intimate feel with a select drink menu and food items.

“It’s just a cozy environment,” Chavez said. “I’d describe it as warm with a little bit of Liberace living room.”

With the look and feel of an Aspen ski cabin, the Hideaway has low ceilings, dim lighting and lit candles throughout. Antique chairs and couches are clustered through the space, and the bar features an old-school refrigerator that houses glasses for the only domestic drink to be offered in the Hideaway: Coors Banquet.

“There will be more craft beers and higher-end wines that we will offer in the Hideaway,” Chavez said. “We don’t want it to be a pretentious space, but we do want it to be a warm and inviting space for people.” 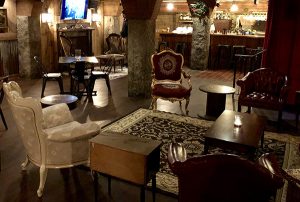 The Hideaway is inspired by the aesthetic of an Aspen ski cabin, with dim lighting, candles and antique chairs and couches. (J. Elias O’Neal)

Starting next year, the restaurant will serve brunch on weekends starting at 10 a.m.

Like Jack Brown’s Notch Club, Billy Jack’s will offer the Bone Club — a similar drinking scorecard system, where if a patron drinks 100 different beers, he or she becomes a member of the Bone Club and receives a free T-shirt.

Patrons who drink 1,000 different beers gain “captain” status, allowing them to choose half the beer taps at Billy Jack’s. They also get to create their own burger that will be placed on the menu, and the restaurant declares a day for the captain to be celebrated yearly.

But be forewarned: Billy Jack’s will not swap Notch points for the Bone Club and vice versa.

“They are going to remain two separate clubs,” Chavez said.