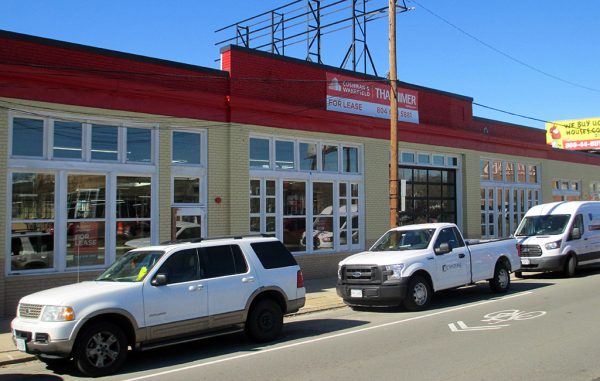 After months of gauging interest and negotiations with two prospective restaurant users, Mark Smith now is hitting the gas on his original plan to open a Midas of Richmond store in Scott’s Addition.

Smith said Tuesday he is going forward with converting the former North American Transmission building at 1208-1216 N. Blvd., which he purchased last year for $1.29 million and renovated to house the fifth store of his local car-care franchise.

Smith had pumped the brakes on those plans back in March, when he said interest he’d received in the 15,700-square-foot building gave him pause enough to test the market for potential leasing opportunities.

Working with Cushman & Wakefield | Thalhimer’s Will McGoogan and Amy Broderick, who marketed the space, Smith said he talked informally with several interested parties and more formally with two area restaurant groups, entering into negotiations that he said nearly reached a deal with one but never reached terms that outweighed his own interest in the property. 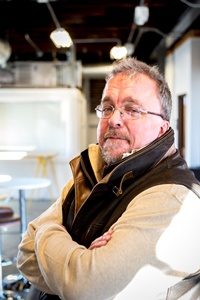 “My thought-process was, I know what bottom line I can create with that space as a Midas store, so for me to choose plan B, I needed a bottom-line triple-net lease of that much or more,” Smith said. “Anytime we got near that threshold, I told both parties, ‘We’re not going below this. We’re just not.’”

Also factoring into his decision is a recent renegotiation with Midas regarding terms of his franchise, which Smith said was up for renewal.

He said he was considering taking his Short Pump location independent, but after a recent trip to Florida to talk with Midas representatives, Smith said he’s agreed to re-up the franchise.

“That was the big reason why I was exploring every opportunity I was with Scott’s Addition, because in the event I took Pump private, I would have taken Scott’s Addition private as our second store under that brand,” he said.

“We worked out those details, he asked if I considered going with Scott’s Addition now because of the long-term plans we have, I agreed, and so we’re going full-throttle.”

Smith said he is aiming to open the Boulevard store on or around March 1. The space already has been renovated, with work done by Capstone Contracting Co., and designed by Susan Orange and Ray Trevillian of Baskervill. Smith said he’s meeting with firms to equip the space.

The store will join other auto service operations that recently have opened or remained along Boulevard during the surge in developer interest in Scott’s Addition in recent years.

Across Boulevard along Myers Street, the former Woody’s Auto Service building recently was converted into a AAA service center, while up the street, Sportscar Workshops has moved out of the neighborhood and relocated in Manchester. Other auto shops in the area include Mincz Tire Service on Altamont Avenue. 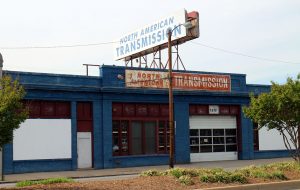 Smith said interest in his building ranged from entertainment to food uses, including a Chick-fil-A.

“They love the space, but traffic flow they think would be impossible,” he said. “The concept was making a horseshoe drive-thru inside the southernmost part of the building. The idea really intrigued me.”

McGoogan said other interest included office, retail and entertainment uses similar to those that have popped up in Scott’s Addition’s transformation from an industrial district to a mix of uses, including restaurants, apartments and breweries.

Smith said he’ll be based at the location, which he said would feature a different footprint from other Midas of Richmond stores. The southern part of the building will house the service bays, while the northern part will consist of the waiting room, administration areas and space reserved for a nonprofit the franchise supports.

“It’s what I wanted to do with this property originally,” he said. “Having (the franchise) figured out is a big load off me personally and us as a brand, so it’s a good time.

“I walked into that space probably four years ago, fell in love with it then, loved the neighborhood,” he said. “I’m moving to that store, so I’ll be running it, which excites me.”

Best wishes to Mark for this location. He is a great businessman and great community leader.

say what you will about driverless vehicles and electric cars , we ‘re going to need auto services for a long,long time. Mark Smith is an incredible local business owner too. his contributions to FeedMore are legend.

Where are they going to park all the cars waiting to be worked on?

Ed, our primary parking will be inside. There are 16 spots, and we are working on some unique what ifs to get more. Your question is one of the big challenges to work thru, and work thru it we will.

Nothing wrong with an auto shop. It’s still an industrial neighborhood, that’s part of its charm. He should do something unique with it however, so it really fits in with the neighborhood (Craft beer while you wait? Local artwork? Auto shop murals? Food truck night?)