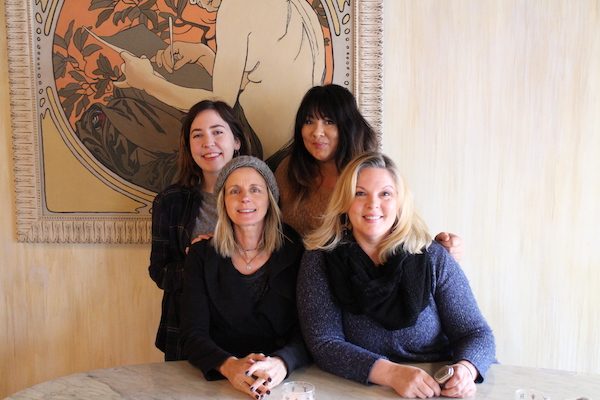 In 2008, Tricia Boor closed the doors on her spa, Metamorphosis Mind + Body Boutique, which had been in business in the Libbie-Grove corridor for seven years.

A decade later, Boor has returned to the popular retail area with a new business in the same storefront.

Apothec, a shop that makes and sells health products such as lotions, essential oils, body and face washes, beard oil and home sprays, opened in December at 318 Libbie Ave.

Boor, who’s also a massage therapist, said Apothec’s roots trace back to the closing of Metamorphosis.

“I watched all the items in my building auctioned off online. I had to regroup,” Boor said. “In 2009, I started making some stuff in my house. You gotta keep a roof over your head.” 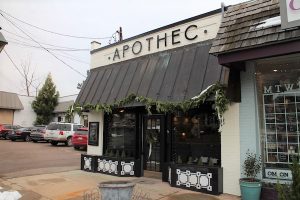 Apothec opened in a space formerly occupied by The Hair Studios on Libbie. (Mike Platania)

Boor kept at it for the next few years, making her products, such as candles and custom colognes from scratch at home under the brand of Me By Design.

In 2013, she decided to move out and rented a space a few doors down at 412 Libbie Ave. where she made products for Me By Design and ran her massage practice. Shortly after, the Apothec brand was born.

“It was a small, subterranean kitchen apothecary,” Boor said of the 412 space. “I was making more and more things. I got picked up by Whole Foods for my candles and I acquired an essential oil company.”

In 2016, she struck a deal with Urban Outfitters to carry her goods regionally. That deal since has ended, Boor said.

Apothec’s lease ended this summer, and Boor heard from a client who had purchased her old building at 318 Libbie, and offered her Metamorphosis’ old space back after The Hair Studios salon moved out.

As she went to check out the space, for the first time in 10 years, Boor said she thought she’d either break down or heal.

“I walked in, and it was just great. It felt like I healed from it,” she said. “I felt detached, and that was a good thing. I moved in and tore down walls that I had built 18 years ago.” 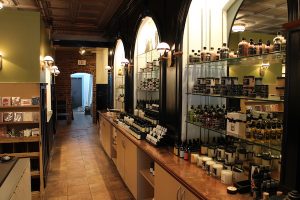 All of Apothec’s products are made from scratch in the shop, and Boor said she and her staff of four are working on building out private rooms in the back of the 1,400-square-foot space where she’ll offer massages.

Boor said she’s thankful for having learned from Metamorphosis’ closing, but is planning a different path for Apothec.

“The only reason I’m here or that Apothec even exists is that my clientele, which are all from this area, believed in me,” Boor said. “I want to grow old here.”