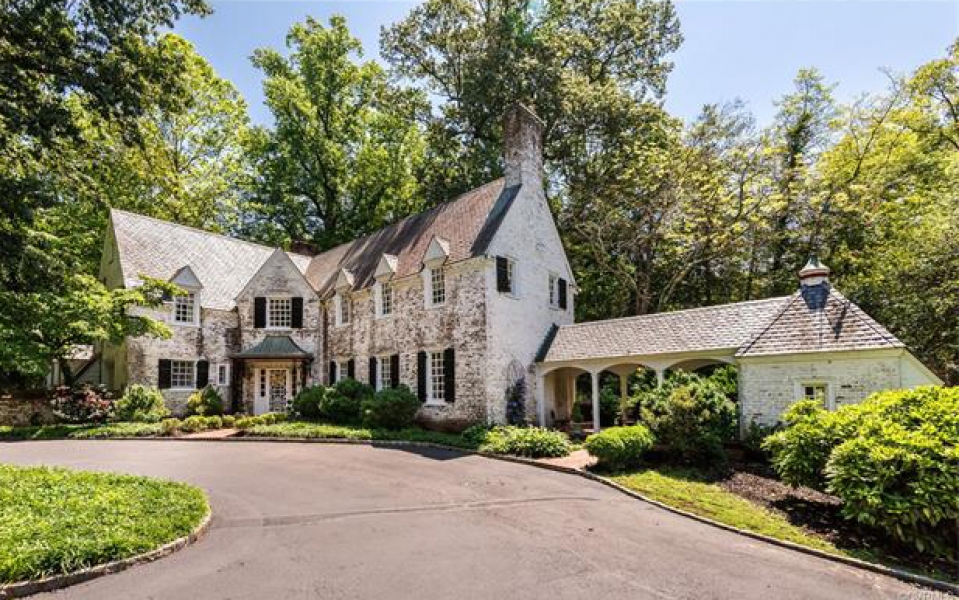 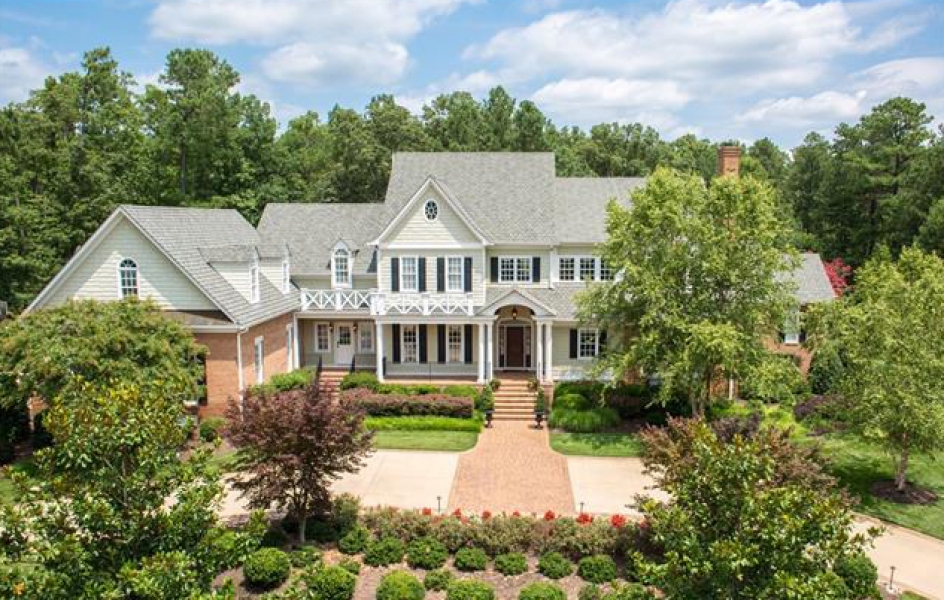 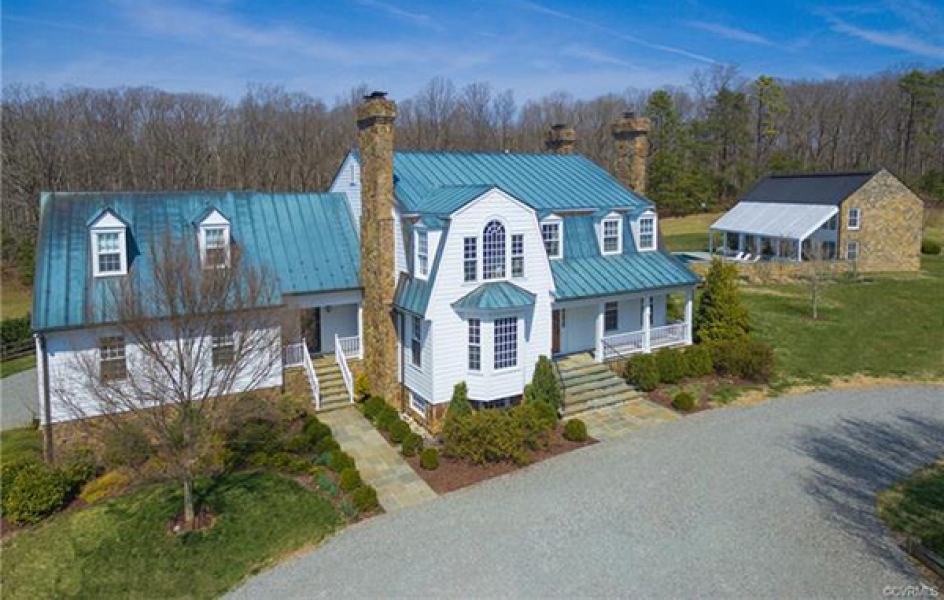 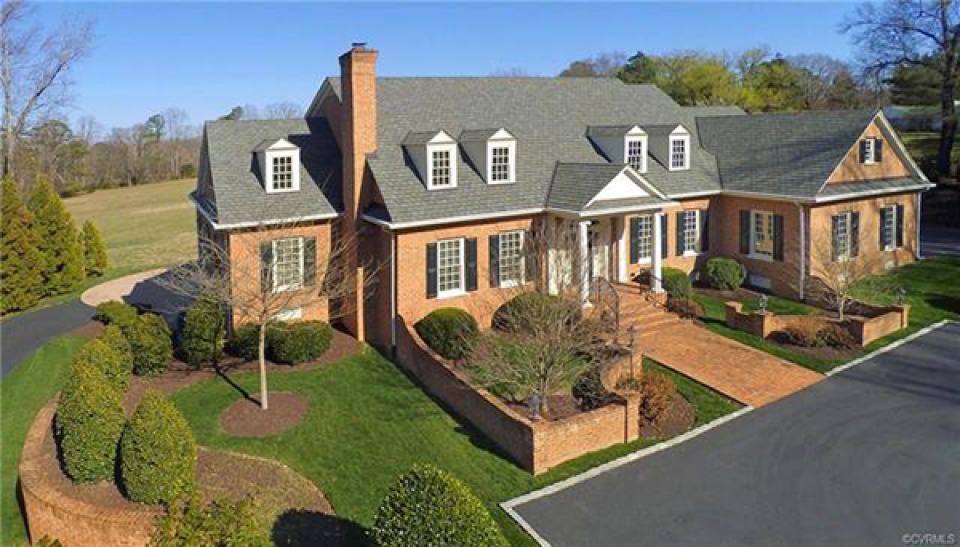 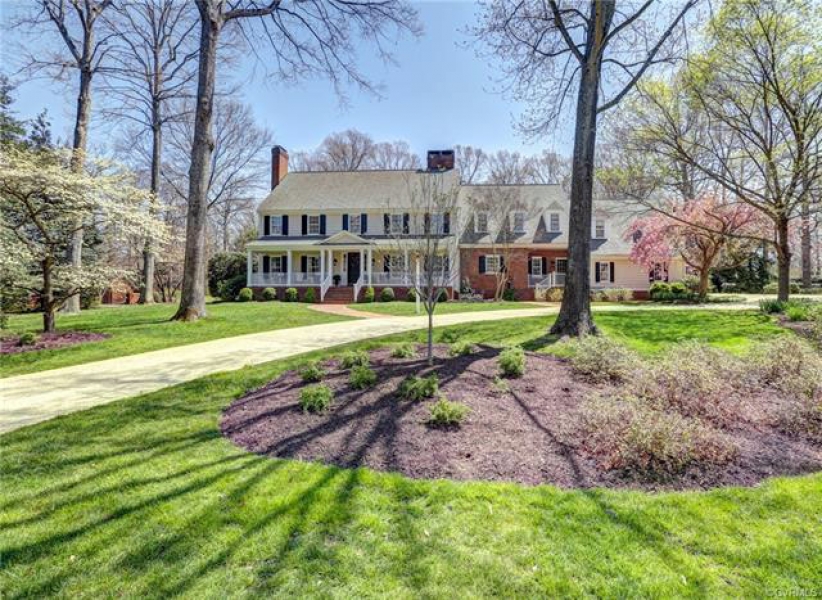 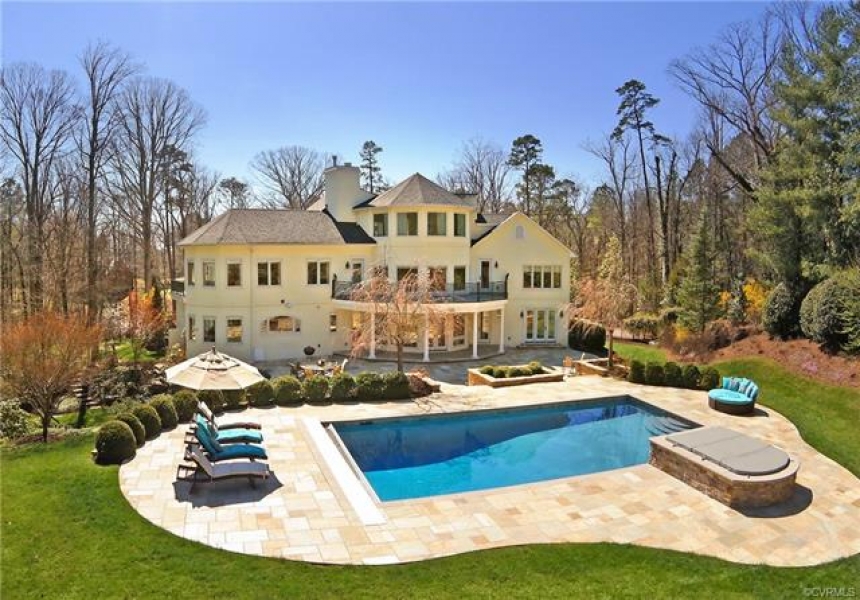 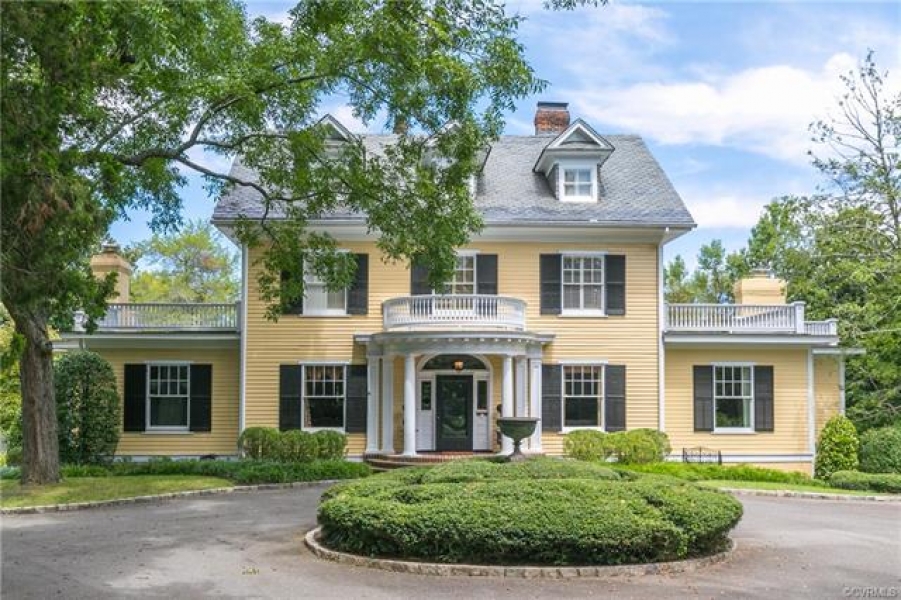 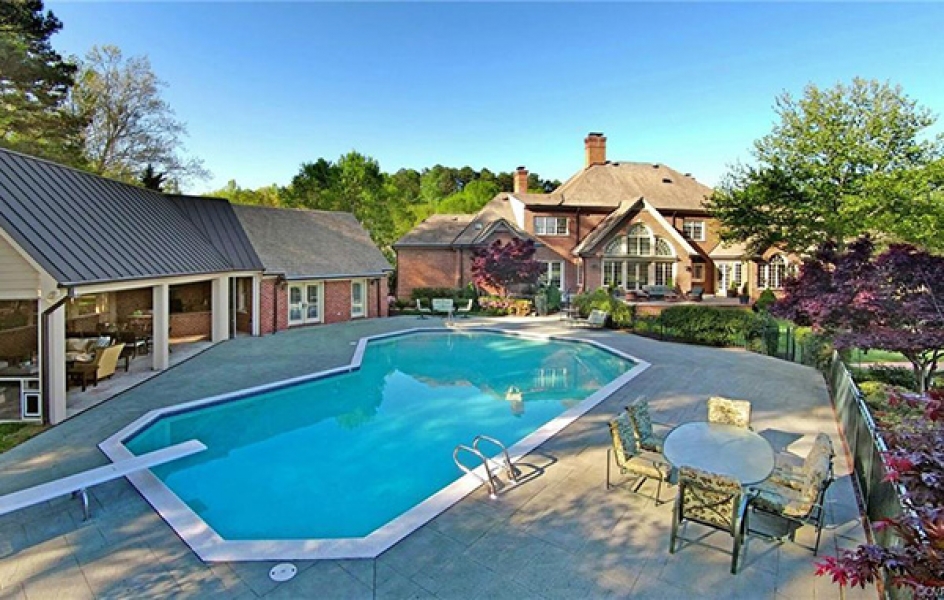 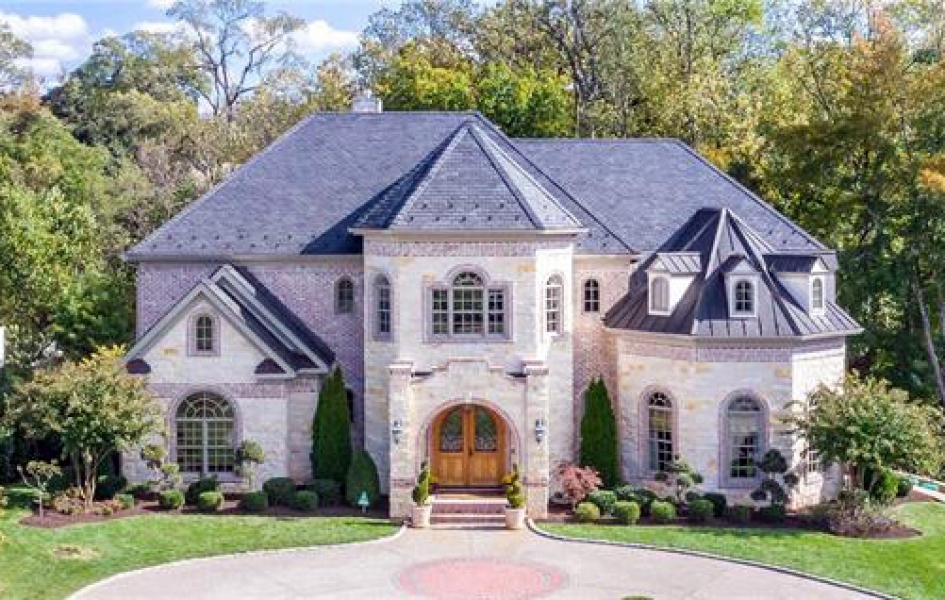 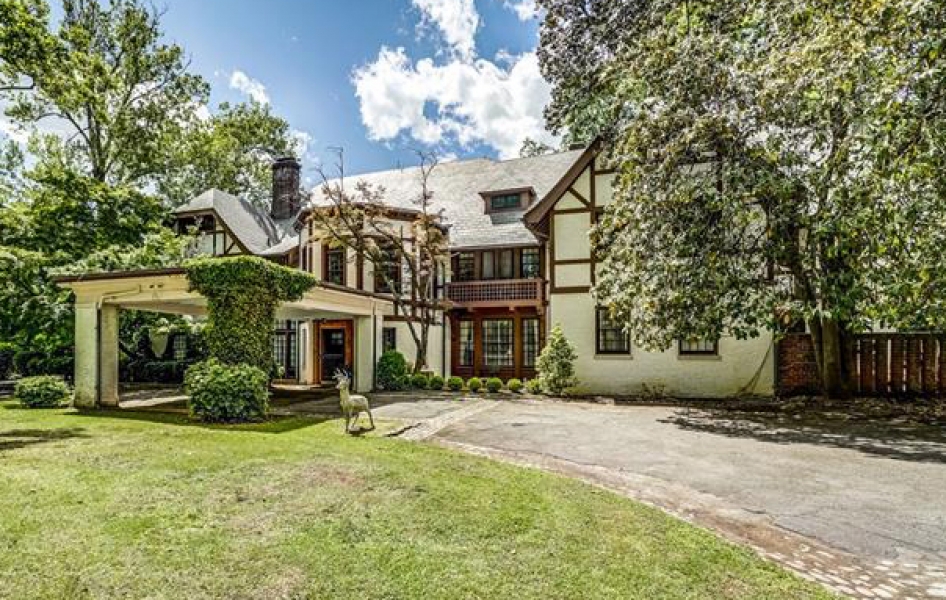 The year in high-end residential real estate saw a new listing lay claim – albeit temporarily – to the title of the most expensive home for sale in metro Richmond. It also saw millions of dollars’ worth of real estate change hands in transactions that made headlines throughout 2018.

After a four-year run that started with a price at just under $8 million, the 16,000-square-foot River Run Manor in Goochland lost its status this year as the priciest home on the market with February’s listing of Fairfield, a 10,000-square-foot mansion in western Henrico that went up for sale at nearly $6 million.

Taken off the market in mid-December, Fairfield is slated to return to the market in 2019, according to listing brokerage Frank Hardy | Sotheby’s International Realty. Until then, the most-expensive mantle goes back to River Run Manor, which local Sotheby’s affiliate The Steele Group picked up this year and recently reduced to just under $4 million.

Meanwhile, the year’s 10 highest home sales all topped $1.7 million, with the priciest purchase coming in at $500,000 more than last year’s top sale. The list is based on data from the Central Virginia Regional Multiple Listing Service BizSense reports. Because of a tie for eighth place, this year’s top 10 sales list starts at No. 9.: 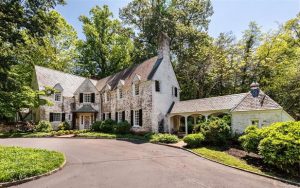 One of the last million-dollar sales of the year, this 4,500-square-foot house in the city’s West End sold Dec. 12 for the third time in two years. Property records list the buyers as Danny and Paula Dukes, who worked with Long & Foster’s Cabell Childress. Joyner Fine Properties’ Patricia Ray Barton had the listing, which started its two-year sales streak in 2016, when it was listed at nearly the same price it just fetched. 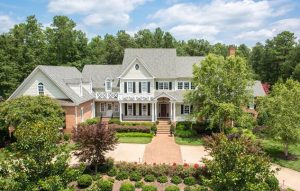 This Goochland County home was previously tied to an owner of the Richmond Flying Squirrels before it sold in November to another sports exec: Prentice Salter of Colonial Downs Group, which is working to reopen the New Kent horseracing track. The Steele Group’s Debbie Gibbs represented Salter; Keller Williams’ Susan Morris and Erin Walsh had the listing. 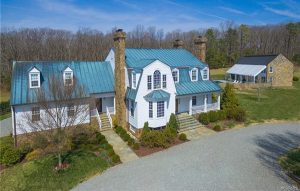 The area’s priciest sale in May, the 40-acre Greenlea Farm was first listed in 2015 for $2.3 million, then was dropped the following year to $1.9 million before landing buyers in William and Sally Tunner, who were represented by Justin Wiley of Wiley Real Estate. The Steele Group’s Debbie Gibbs and Bev Hudgins had the listing. 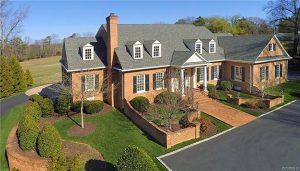 On and off the market for over two years, this 7,600-square-foot home secured a buyer after dropping in price from its initial $2.4 million price. Joyner’s Sue Farrell had the listing, and Long & Foster’s John Schultheis represented the buyer, Jeffrey Bassett. 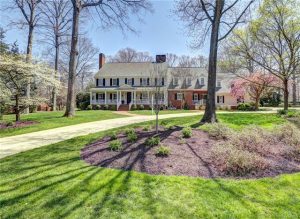 The former home of the late Circuit City CEO and CarMax founder Richard Sharp, this 9,000-square-foot colonial topped area home sales in June with a transaction above its $1.8 million list price. Long & Foster’s Nina Newton had the listing, while The Steele Group’s Debbie Gibbs represented buyers, who purchased the home through an LLC. 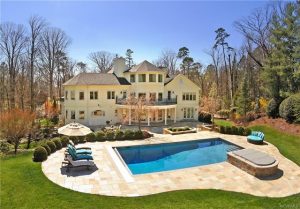 Another mystery buyer picked up this 11,800-square-foot home, which was likewise purchased through an LLC. Built in 1971 at 3,000 square feet, the five-bedroom, 6½-bathroom house was expanded in 2008 with an 8,000-square-foot addition. Joyner’s Sue Farrell had the listing; Re/Max Commonwealth’s Jeannette Mock repped the buyer. 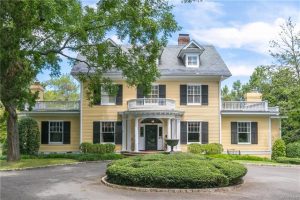 Another late-in-the-year sale, this 6,400-square-foot home in the West End sold Dec. 14 to Charles Hartt and Nancy Gottwald Hartt, who were represented by Katherine Hill with Shaheen, Ruth, Martin & Fonville Real Estate and Melanie Crittenden with The Steele Group. The Steele Group’s Debbie Gibbs represented the seller in her fourth of five appearances on this list. 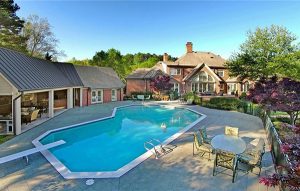 The 7,400-square-foot home beside the Country Club of Virginia’s James River Course went under contract less than a week after it was listed for $2.2 million. Joyner’s Richard Bower had the listing and also represented the mystery buyer, who purchased the 7-acre property through an LLC. 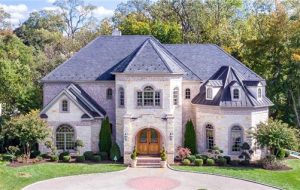 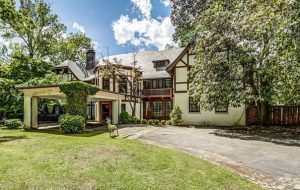 The biggest sale of the year came in early, when the nearly 10,000-square-foot Rothesay mansion sold in late February. Totaling 19 rooms with views of the James River, the 8-acre estate hit the market in May 2017 with an asking price of $4.2 million. Sellers George and Anne Anderson worked with The Steele Group’s Darnley Adamson, Debbie Gibbs, Laura Peery and Bo Steele, while fellow Steele Group agent Maria Brent represented the buyer, Riverview I LLC.

Beyond River Run Manor and Fairfield, other million-dollar listings to watch in 2019 include a mansion next door to this year’s top-seller: 1224 Rothesay Circle, an 11,700-square-foot home on 2 acres that hit the market in October for $3.75 million.

Just downriver, the 7,500-square-foot Doolough Lodge at 1 Brockenbrough Lane remains on the market after its listing in January for $2.59 million. The six-bedroom, 51/2-bath Tudor Revival since has dropped in price to $2.25 million.

And two notable properties are listed as under contract: Rob Ukrop’s home at 311 Randolph Square Parkway, most recently priced at $1.69 million after hitting the market this summer; and the Windsor Farms home of Thomas and Jaclyn Gottwald, who listed 115 W. Oxford Circle in October at $1.89 million.

Note: This story has been updated to include The Steele Group’s Melanie Crittenden as one of two agents who represented the buyers of 6300 Three Chopt Road.