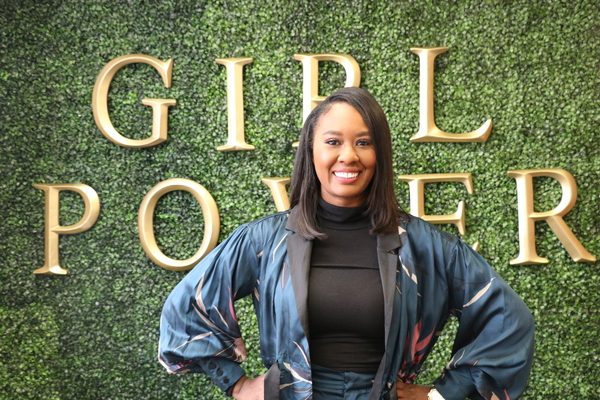 A soft shade of pink adorns many walls in the city’s latest coworking venue.

The color scheme and name are fitting for founder Brittany Garth, who usually wears pink. The unique spelling of the color was done for a specific reason, she said.

“I put the ‘q’ because I create things for queens, aka women,” Garth said.

Coworking membership is $199 per month and private office spaces start at $499 a month. 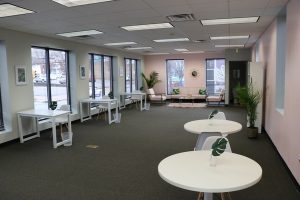 Garth said she self-funded Pinq and is leasing her space for about $3,000 per month from Bank Street Advisors, which began rehabbing the property last year as commercial space and apartments.

“I like to first see what I can self-fund and if that doesn’t work out, there’s obviously the second route of securing loans,” Garth said, declining to disclose how much she invested in the business. “I just didn’t want to do that.”

“What I noticed was a lot of entrepreneurs want a virtual assistant or some type of social media management, but don’t want to pay for a full-on package that may come with other bells and whistles,” Garth said.

Originally from Northern Virginia, Garth earned degrees in social work from Virginia Union University and in counseling from Liberty University. 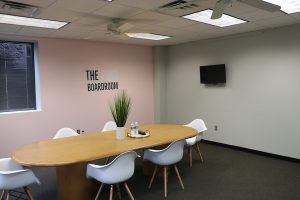 A board room on the first floor serves as a space for meetings and conferences.

She was a client of The Wing, a coworking space in New York City that she used when there for business. She said The Wing’s positive atmosphere led her to launch Pinq Inc. in Richmond.

Pinq Inc. joins a growing list of coworking spaces in town, and is the second to focus on women.

The Broad, a coworking space and social club for women, operates at 209 Foushee St. Balance Space, aimed at working parents with on-site child care, opened Jan. 2 on Patterson Avenue. Florida-based VentureX is venturing into Scott’s Addition. Chicago-based Novel Coworking slid into Shockoe Slip. Gather expanded to Scott’s Addition and VCU created its own coworking space for students that are trying to launch businesses.

Why not a coworking space in a one of the vacant spots off Midlothian Turnpike—anywhere from the Parkway to Watkins Centre? How about Sycamore Square?