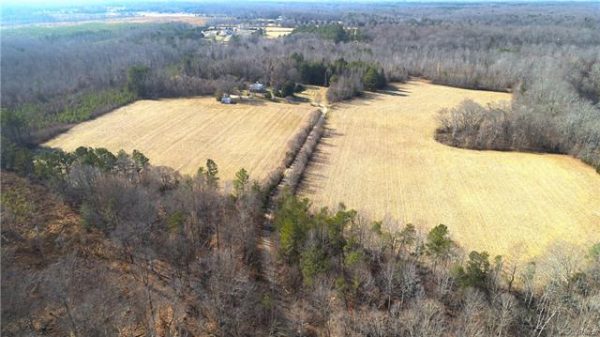 A Hanover County farm under the same family ownership for decades is being floated for potential development, with uses including a winery on the seller’s mind.

Spanning 117 acres along the South Anna River, the farm at 14999 Mountain Road, across the street from The Federal Club Golf Course, was listed Jan. 2 with an asking price of $2.75 million.

Joyner Fine Properties’ Melissa Thornton has the listing, which she’s marketing as a potential development site. She’s representing the seller, Gustavus McCracken, whose family has owned the land since the late 1940s.

McCracken, 67, said he’d like to keep the property and develop part of it as a winery, but has been unable to secure an investor to go in on the project with him. 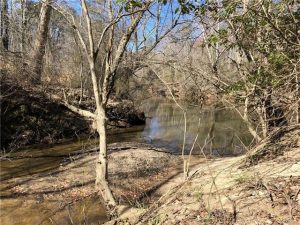 A creek runs through the property, which also borders the South Anna River.

“I had a guy who started a winery look at it, and he said it’s perfect ground, except for about a half-acre that’s wet, to grow grapes,” McCracken said. “I’ve drawn up initial drawings where the tasting room would be, but I don’t have the money to start it. And right at this minute, I can’t find somebody that would like to invest $800,000 to $1 million to really get the thing going full tilt.”

McCracken said he no longer can maintain the property and his family is not interested in taking it on, so he’s testing the market, with large-lot residential development in mind specifically.

“I really don’t want to sell it, but the county keeps raising taxes, I can’t get good renters,” he said. “It’s basically four hills along the river and two along the creek, which would be great 10-acre, 20-acre sites. But I’m not going to give it away, as you saw the price.”

McCracken previously listed the land with Thornton about this time last year with a higher price tag, $3 million, which was reduced to $2.75 million in May before the listing expired at the end of the year. 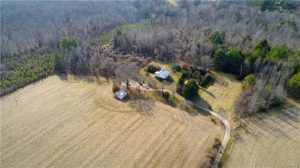 The property includes an 1800s-era farmhouse and stone quarry.

Hanover property records show the latest county assessment valued the property, which includes a stone quarry and 2,000-square-foot house, at $729,500.

“I think it’s worth it,” McCracken said of the list price. “I think somebody, if they bought it and built 10-acre sites and kept the homestead, they would turn a big profit.”

Since relisting this month, Thornton said she’s received interest from a horse farm operator but has not yet received a formal offer on the property.

He said stone from that quarry was used on the windmill-style bank branch, now a Sonabank location, where Mechanicsville Turnpike and the Mechanicsville Bypass split. He said the quarry also supplied the clamshell-looking Lawrence Chrysler-Plymouth showroom building that once stood at West Broad Street and Staples Mill Road.

Thornton said the farm’s proximity to The Federal Club lends the land to eventual development. Any development would require county approval to rezone the land from its current agricultural designation.

In addition to access to the South Anna River, the property includes open fields, timberland and a creek that flows to the quarry. The two-story stone house, which dates to the 1800s, was updated in the 1950s and includes four bedrooms and three full bathrooms. 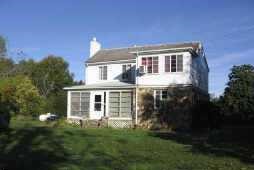 Thornton said she’s marketing the property differently than her other listings, which she said are typically in subdivisions and at considerably lower prices. She said she’s focusing on digital marketing and reaching out to area developers directly.

“This is a unique piece of property, because there’s so much potential,” Thornton said. “Typically, I do not have large properties like this. I am usually in the subdivisions, and the price tag is a little higher than your typical listing too, so I’m going about it a little differently this time.”

About three miles north of Wyndham, the farm is located on a side of metro Richmond that has drawn development interest. HHHunt is planning a 366-acre development adjacent to Wyndham that’s at the center of a legal dispute between the developer and Henrico County.

And The Federal Club, which McCracken said was part of the same plantation as his farm, was purchased in 2010 by an area businessman, Chris Gilman, who grew up on a nearby farm.