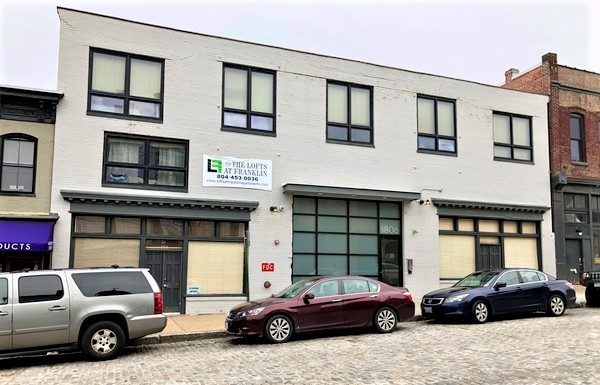 The Lofts At Franklin in Shockoe Bottom were recently sold for about $9.7 million. (J. Elias O’Neal)

An out-of-town buyer has come back for another bite of the Richmond market, snagging two apartment properties from a local developer.

Richmond-based Larson Development was the seller, represented in the Jan. 10 deal by Marty Mooradian and Christopher Chadwick of Marcus & Millichap.

Prior to the sale, Mooradian said the market-rate complexes had about 95 percent occupancy rates – allowing Larson to capture about $175,000 per unit in Plant 1, and nearly $145,000 per unit in The Lofts at Franklin during the sale.

PMC has acquired, repositioned or developed more than 100 apartment communities throughout the mid-Atlantic and Northeast, according to its website, with a lot of its Virginia portfolio based in Richmond.

The company already owns and operates the 3600 Centre apartment building at 3600 W. Broad St. on the edge of Scott’s Addition, and the Kensington Court apartments at 2900 Kensington Ave. in the Fan. 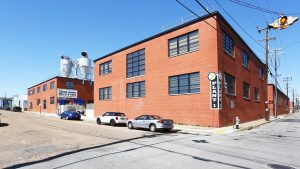 Plant 1 in Manchester was sold for $23.5 million. (Marcus & Millichap)

PMC could not be reached for comment Monday afternoon.

One of the early adopters of historic tax credit redevelopment in Richmond, Larson first acquired the properties for The Lofts at Franklin and Plant 1 in 2012 and 2013, respectively, according to city property records.

With the sale completed, Larson’s only remaining Richmond asset is The Stables, a 22-unit apartment development in the Carver Community at 410 Hancock and 703 N. Harrison streets, according to its website.

Its remaining projects, both under development and completed, are in Oklahoma.

Mark Larson, principal owner of Larson Development, did not return a call for comment Monday afternoon.

Larson was the first developer to take advantage of the “Second Tax Abatment” Program, which was initiated by the HBAR Multiffamily Council, at his Manchester property. This program accelerates the first abatement program to current assessments but allows the developer to take advantage of another set of years by improving the property to certain standards. Its actually a great way for developers to double the size of structures as Larson did.