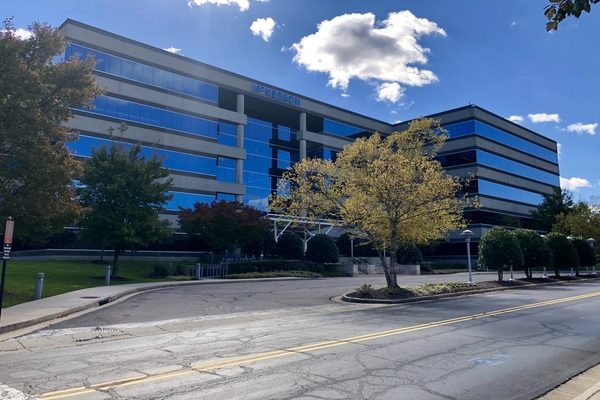 The Deep Run III building in Henrico has found itself a buyer. (J. Elias O’Neal)

A local private-equity firm has found a buyer for the former Circuit City building in Henrico, marking a successful seven-year flip of the previously vacant corporate headquarters.

The seller was Markel | Eagle Partners, which listed the site last fall after purchasing it out of foreclosure in 2011 for $12.4 million and spending around $19 million to renovate and fill it with tenants such as McKesson, Travelers Insurance and Essex Bank.

Markel | Eagle principals Ricky Core and J.B. Gurley said they could not comment on the buyer, but said interest in the property came from both in and outside of Richmond.

“We repositioned a vacant Class-B office into what we believe is the premier Class-A office building in the suburban Richmond market,” Core said. “And we feel that was evident from the level of interest of both local and national investors.”

The property, which sits on 18 acres, most recently was assessed by the county for about $42 million.

RMR could not be reached for comment Tuesday evening.

Deep Run III formerly was part of Circuit City’s three-building corporate campus. The neighboring Deep Run I and Deep Run II buildings and surrounding surface parking lots were sold to different buyers through the years after the retailer was put into a bankruptcy, which continues today in federal bankruptcy court in Richmond.

“The market cooperated and we were able to put together a very attractive product,” Gurley said, adding that the building is 96 percent occupied.