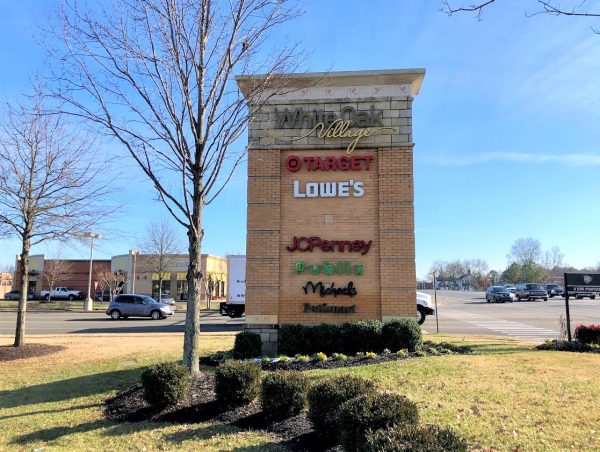 White Oak Village is on the market for sale for an undisclosed price. (Photos by J. Elias O’Neal)

Eastern Henrico County’s largest open-air shopping center has been put on the market.

The bulk of the White Oak Village retail complex at 4423-4591 S. Laburnum Ave. is listed for sale with an undisclosed asking price.

The listing consists of approximately 432,000 square feet of space across the 62-acre property – accounting for roughly half of the nearly 1 million-square-foot retail center.

Buildings and outparcels included in the sale house a mix of junior box retailers Michael’s, K&G Fashion Superstore, OfficeMax, Petsmart and JCPenney, according to a marketing flier. 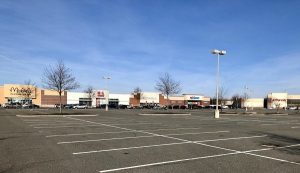 Several buildings in White Oak Village are part of the sale of the property, inlcuding several junior box tenants that include Michaels, JCPenney and Petsmart.

The 67,100-square-foot Publix building, which the Florida-based grocery giant took over from Martin’s about a year ago, also is included in the sale.

A pair of L-shaped strip centers along the roundabouts on Jan Road also are included in the sale, housing national retailers and restaurants such as Rainbow, Kay Jewelers, Qdoba Mexican Grill and Tropical Smoothie Cafe.

The properties that house Chick-Fil-A, Cracker Barrel, Friday’s, McDonald’s, 7-Eleven and Wells Fargo outparcels are included in the sale, according to the marketing flier.

Those not included in the listing are the buildings housing Target, Lowes, Hyatt Place, Longhorn Steakhouse, Red Lobster, Panera Bread, Olive Garden, Steak ’n Shake and the former Sam’s Club property, which was vacated last year by Walmart. Those are all under separate ownership.

White Oak Village, the only major concentration of big and junior box retailers on that side of the county, is a primary retail destination for residents as far south as New Kent County, and for neighborhoods in north and east Richmond.

With its current lineup of tenants, the center generates about $6 million in net operating income and is 88 percent occupied, according to the marketing flier. The center most recently was assessed by the county for about $46 million. 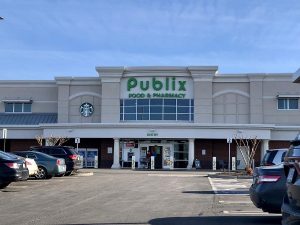 Publix’s building, which took over the former Martin’s about a year ago, is alos part of the sale of White Oak Village.

White Oak Village has undergone several changes in ownership since being developed in 2008 by the former Cleveland-based Forest City Realty Trust, which New York-based Brookfield Asset Management acquired in December.

The sale assignment for HFF adds to several high-profile retail and office listings the brokerage has handled across metro Richmond, despite it not having much manpower on the ground here.

White Oak is the second large Henrico retail center to test the market in recent months.
West Broad Village’s 400,000 square feet of commercial and retail space, and the 339-unit Flats at West Broad Village apartment complex, were put up for sale last summer and remain on the market.