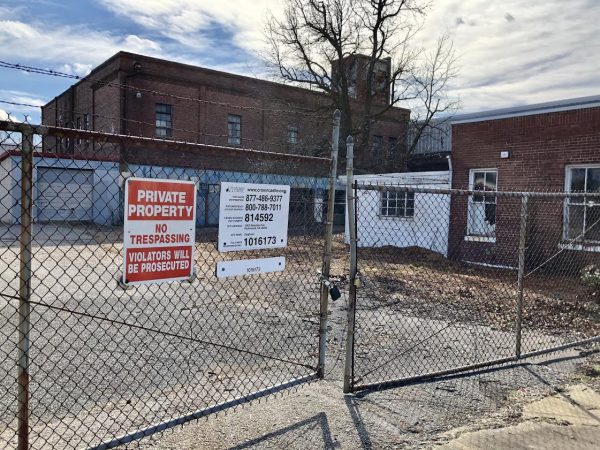 A 300,000-square-foot warehouse complex at 1802 Semmes Ave. is set to be razed pending a SUP approval on behalf of Harper & Associates that would allow for 106 townhomes to be constructed on the site first with retail to follow. (Photos by J. Elias O’Neal)

It’s take two for a collection of old warehouses at the edge of Manchester, after a local developer’s initial plan for a grocery-anchored retail center didn’t materialize.

Richmond-based Harper & Associates is seeking a special-use permit to transform the former site at 1802 Semmes Ave. into a mix of 106 townhomes and about 4 acres of future commercial space.

The project is a change of course from the “Manchester Town Center” concept Harper originally considered when acquiring the 13-acre property in 2015 with the idea of bringing a grocer to a neighborhood that has yet to reach the density or demographic mix to lure a grocery chain.

Preston Lloyd, an attorney with Richmond-based Williams Mullen who represents Harper & Associates, said a special-use permit would enable the firm to build the townhomes on the site and reserve the commercial component for later development.

“[Harper] originally acquired the property … with the intention of developing a grocery-anchored center on the site,” Lloyd said. “But attempts to market the site to a grocery anchor proved challenging given several disturbances in the area’s grocery market.”

Harper hosted several neighborhood meetings to learn what residents want to see happen to the property. 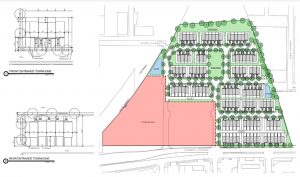 The overwhelming theme: Make the property a mixed-use site.

“There was a concern for the traffic; that came up a lot during the meetings,” Lloyd said. “But we won over a lot of converts, and [Harper] sees this as the best use for the property.”

The 106 townhomes would go on about 9 acres of the site, while reserving about 4 other acres for retail development.

The planning commission will hold a public hearing about Harper’s request Feb. 4. The city council will consider the request at its Feb. 11 meeting.

A cost estimate for the overall project, presently dubbed Belle Heights, has not been determined.

Talking to a builder

Harper, a retail-centric developer that’s constructed several large-scale commercial developments such as the Walmart and Lowes on Sheila Lane, is in talks with NVR Inc., parent company of Ryan Homes, to build the townhomes, Lloyd said.

Details about NRV’s involvement in Belle Heights were not released, including whether the company would purchase the 9 acres set aside for the townhomes. Lloyd did say the townhomes would be sold, not rented.

“This is not a rezoning request,” Lloyd said.

Under M-1, Harper could construct the retail component of Belle Heights without seeking city council approval. However, Lloyd said the firm wants to execute the residential development first, hoping that would lure a grocery store to the site or surrounding area. 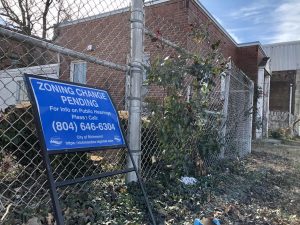 A public hearing is scheduled for Feb 4 related to Harper & Associates’ SUP request for the construction of 106 townhomes at 1802 Semmes Ave.

“There’s not a large concentration of households with a median income that could sustain a grocery store at this site at the moment,” Lloyd said. “The idea is to put additional residences on the property to make attractive to a grocery to look at the area again.”

If Harper’s request is granted, Lloyd said demolition of the existing 300,000-square-foot warehouse complex could begin within 30 to 60 days.

Belle Heights is one of several residential projects coming to the Manchester and Swansboro neighborhoods.

Across Cowardin Avenue, Alabama-based LIV Development is proposing a seven-building, 289-unit community on 15 contiguous parcels totaling about 7.3 acres near the Lee Bridge at 1400 Railroad Ave.

The Monument Cos.’ Chris Johnson and Tom Dickey are teaming up with Howard Kellman of The Edison Co. for an initial $6.5 million redevelopment of the former Muse Buick car dealership property at 1400 Semmes Ave.. Also, Ohio-based Brickhaus Partners is under contract to purchase the 2.2-acre tract on the west side of Cowardin Avenue at the southern end of the bridge for a future multifamily development.

the hottest intersection in the city developing on all four corners at once! it’s great to see some for-sale affordable townhouses planned as part of Manchester.

I’d love to hear from some grocery people as to what an area would need to support a grocery store. that area seems to be affluent and underserved for grocery options.

There’s some buzz about a grocery store commitment to Hull Street. It would be a wonderful development. I heard that Kroger included the Manchester area in its numbers when it built the megastore at the redeveloped site of the old Cloverleaf Mall. But there’s no way Kroger expected to see the kind of density that’s showing itself in the Manchester region. You’d think one of the players would see the opportunity there.

I really wish they would go with alleys for car access on all the units. Having front loaded townhouses dominated by garage doors is not reflective of an urban environment. But I guess at least the ones along Semmes will be rear loaded so we don’t have to see that at the front of the development. Simply wish they had done that throughout.

Its more expensive to build with rear loading garages but the end result is much more aesthetically appealing. Ryan Homes has an urban model for it, so it comes down to density.

True and this is better than what is presently on the site. My comment is that I hope they would consider or attempt to straighten out their Perry Street entrance and add in McDonough Street so you have a more intergraged neighborhood with the city street grid. And more egress too! And folks sorry but said it before, and developer acknowledged it, it is going to take 5,000-10,000 more residents with household incomes above 60k plus in the radius around the area before you’ll get a grocery story.. Depite all the good development Bruce mentions, you just don’t have the… Read more »

I think Walmart has pulled back from developing any more Neighborhood Markets. I’ve heard that Lidl has also pulled back future development plans.

Not surprising considering when you do have one you have them all. I had a visitor over Christmas say we had more grocery options around us than most places have fast food restaurants. We have reached some saturation but maybe SB 999, now in the House, incentives might be enough to get some of the small stores like Lidl, Aldi and Walmart to look at our food deserts in the coming years. Sens. Stanley and Dance should be commended for their bipartisan bill that really addresses a need that occurs across the state.

Have you seen the back of this property? Its not attractive. And there are no views of the river or the city lights. This will be a different price point, so density matters. Nonetheless, it’ll be good to see those old warehouses come down and new for-sale housing in the Manchester District.

It would be nice if the developers (or anyone else for that matter) could acknowledge the Swansboro neighborhood, which is where this property is located.

Is the former railroad ROW next to this owned by CSX?

Either them or Norfolk Southern but NS has the small railyard down by the river so I am guessing CSX too!

Its got to be CSX then because that is part of the former line that fed Shops Yard which was located where Suntrust is now.