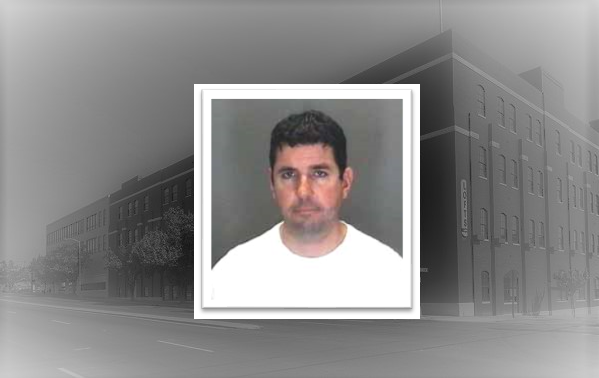 Justin French is set to be freed next October. (BizSense file photos)

Eight years into his 16-year federal prison sentence for a multimillion-dollar historic tax credit scheme, a notorious Richmond real estate developer is getting a reprieve.

Justin French has won early release and is set to be freed Oct. 10, 2020, according to a notice issued by the Bureau of Prisons that BizSense obtained.

The notice, which was issued to victims of French’s scheme through the U.S. Justice Department’s notification system, was sent out in April.

In an email, a spokesperson with the Bureau of Prisons would not disclose any details related to French’s early release, but said federal sentencing law allows inmates to earn up to 54 days of good conduct time credit for each year served.

The U.S. Attorney’s Office did not return calls for comment.

William Ray Baldwin III, an attorney with Richmond-based Meyer Baldwin Long & Moore who represented French, would not comment on the matter.

Now 48, French is serving his sentence in a federal facility in Miami, Florida.

He was to serve a 16-year sentence in federal prison after pleading guilty to a real estate scheme in May 2011, which is calculated to have netted him more than $11 million at the expense of a long list of victims, including the IRS, the Virginia Department of Taxation and more than 100 individual investors.

Earlier that year, French confessed to charges of conducting unlawful monetary transactions and wire fraud that arose from his efforts to obtain and sell historic tax credits on real estate projects.

Through his firm French Consulting Co., French applied for and received tax credits from the state and federal government for rehabilitating historic buildings for a five-year period.

Court documents highlighted that French admitted he grossly inflated his development costs in order to receive larger tax credits, which would be sold to investors. He also forged invoices submitted by contractors and his accountant, who certified the costs as part of the application process that is required by the state for projects exceeding a certain amount. 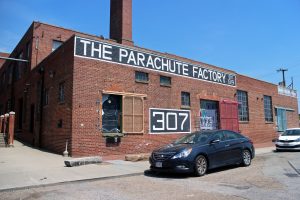 Among French’s projects was The Parachute Factory. (BizSense file photo)

Prior to his conviction, French had been a front-runner in redevelopment of now-popular neighborhoods such as Manchester and Scott’s Addition.

He also had been a collaborator with fellow local – and now imprisoned – developer Billy G. Jefferson, who is serving a 20-year federal prison sentence for his own felonious misuse of state and federal historic tax credits. Jefferson was convicted in 2014, three years after French.

Among their dual projects was the former Parachute Factory apartment complex at 300 Decatur St. in Manchester, before losing it in foreclosure. It since has been acquired by Boston-based Davis Cos. and local firm Spy Rock Real Estate Group, and renamed South Bank apartments.

Note to self, and to all. Steal millions, you’ll get minimal jail time. Don’t be a blue collar criminal, you’ll get wayyyyy more jail time and your life will be ruined. You have to steal millions for it to actually br worth it, plus you’ll fall in the too much money to actually do real time category. Justice is a fallacy. This is straight up shameful.

I’m patiently waiting for the headline on which real estate companies offer him a job when he gets out and who he lands with ?

French had 17 properties in Scott’s Addition in the pipeline prior to anyone else. He recognized its potential as a residential and entertainment area. If he’d kept it clean, he’d have made millions in tax credits and in selling the investments. He just ran too fast for his own good.

Bruce; It’s easy to be a visionary when you’re breaking the rules. Why do you feel he EVER had any intent to play it straight?

Right it’s all part of the scheme, why would someone do that if they owned such valuable property? Charles Ponzi in the 1920s also had a scheme and when it unraveled people who invested couldn’t believe it either. He parlayed that fraud into buying one of the biggest banks in the country at the time. He died a penny less disgrace. French, Jefferson , Lacey took the fall but some other business people got out of doing jail time because they exploited a loop hole in Virginia’s historic tax credit program which was settled in case with the Virginia Supreme… Read more »

Interesting part of all this….Justin was a convicted felon who served jail time in Florida before he moved to Richmond in 1996. Amazingly the city leaders and investors decided a convicted drug dealing, gun running, felonious con man was a good person do business with so long as the profits came in and the loans were repaid. I am just hopefully with his release he will take his con game to another state.

Seeing the popular Fixer-Upper show is ending, maybe Justin can join forces with the Romano’s and start a new show together once all the pesky lawsuits and jail time wind down.