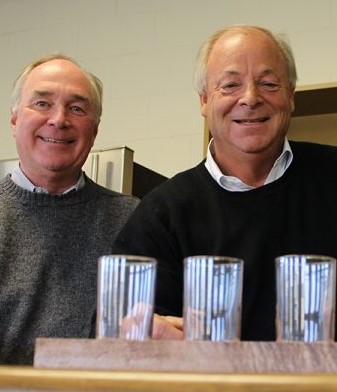 The owners of a local distillery are looking to get in on the Richmond beer boom.

Cirrus Vodka owners Gary McDowell and Sterling Roberts are launching Main Line Brewery, which will operate out of the distillery’s building at 1603 Ownby Lane near The Diamond.

McDowell said he and Roberts thought about starting a brewery for a few years.

“We’ve got a lot of acreage right here in the middle of the city and the brewery will be a way to share it with people,” McDowell said. “Sterling and I are still involved at Cirrus; this is just something we’re doing on our own.”

Cirrus’ 7,000-square-foot building sits on about 3.5 acres. Main Line will be a separate business from Cirrus, which is leasing the building and added a tasting room about two years ago. McDowell said Main Line will have space for live music and an outdoor deck with plenty of green space.

“It’s going to have kind of an event space,” McDowell said. “We’ll have an outdoor covered space and an indoor space, with a brewer in the back making beer.”

Main Line hired a brewer from out of town to run its brewing operation, and McDowell said they won’t specialize in one certain type of beer.

“We’ll have a variety of beers. We basically want to have something that appeals to just about everybody,” McDowell said.

Main Line doesn’t plan to get into distribution, though McDowell said they plan to sell growler fills and 16-ounce cans out of the taproom.

“We’re not trying to compete for restaurant taps or stores’ shelf space,” he said. 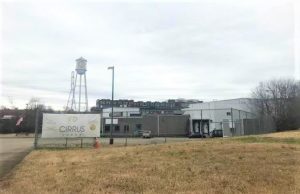 Work will begin on Main Line in a few weeks, with plans for a May opening, McDowell said.

Cirrus was founded in 2004 nearby at 2700 Hardy St. It closed amid a foreclosure in late 2012. The company’s founder, Paul McCann, brought it back in 2014 with about $1 million in investor capital, in a deal that brought McDowell and Roberts into the fold. Cirrus’ former site would go on to become James River Distillery, while Cirrus moved over to the Ownby property.

Main Line will be the third brewery to open on Ownby Lane, joining Hardywood Park Craft Brewery and Castleburg Brewery.