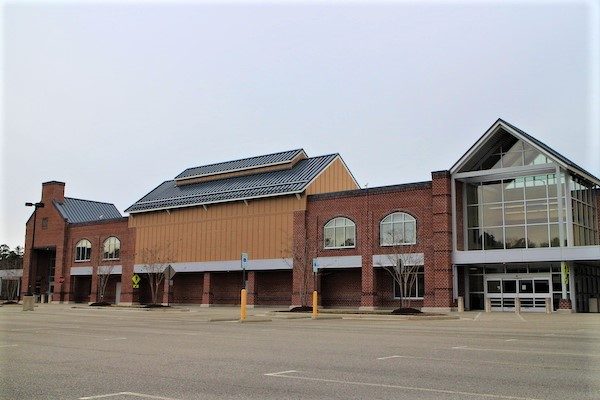 The store closed in August 2017, less than three years after it was built. (Photos by Mike Platania)

With a new-construction Publix on the way, the hardware that once lined a now-dormant Martin’s grocery store in Midlothian is on the auction block.

The shelves, appliances and other wares of the 74,000-square-foot shell at 200 Charter Colony Parkway are being auctioned off by local firm Motleys Asset Disposition Group.

The auction opened Sunday and closes at 1 p.m. today. Bids can be made on Motleys’ website. Over 130 items are listed, such as air conditioning units, gift card display racks and shopping cart corrals.

The sale will help clear the building for demolition less than five years after it was constructed as the first Martin’s store to be built from the ground up. It was left idle in 2017 after it was left off the list of Martin’s Richmond-area stores that were sold to Publix in 2016.

However, Publix eventually came around on the location, announcing last November that it signed a lease at the site. A subsequent Times-Dispatch report last month said the Martin’s shell would be torn down to make way for a 48,000-square-foot Publix. 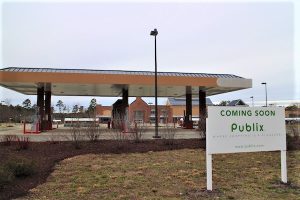 Publix announced last fall that it has signed a lease for the location.

The site is owned by Edens, a South Carolina-based developer that owns more than 100 retail centers across the country. Charter Colony Shopping Center is its only holding in the Richmond region.

Edens’ website states that Publix will be coming in spring 2020, along with other inline retail.

Publix has not announced when it hopes to open at the site. Calls and emails made to Publix and Edens spokespeople were not returned by press time.

The Florida-based grocer also is getting to work on its forthcoming store in Carytown. Last month, demolition plans were filed with the city for the Carytown Exchange, a $40 million project that will replace the Richmond Shopping Center. Publix will be the project’s anchor.

What a waste to tear that building down.
I figured Publix would have bought that one and renovate it.
Tear down the old Martin’s on Midlothian Tpke the floors are sinking there.

Agreed. Looks like a pretty cool building from the outside. Obviously there could be more factors here but, considering its age, I’m a bit surprised Publix hasn’t chosen to utilize the structure. They’ve utilized the former Ukrop’s then Martin’s building near Virginia Center Commons which is much older than this one. I think they made the right decision to tear down and rebuild the former Ukrops’s then Martin’s in the Village at Patterson and Three Chopt, though.

Word is the building has “issues” with its construction and safety that are the reason behind its pending demolition.