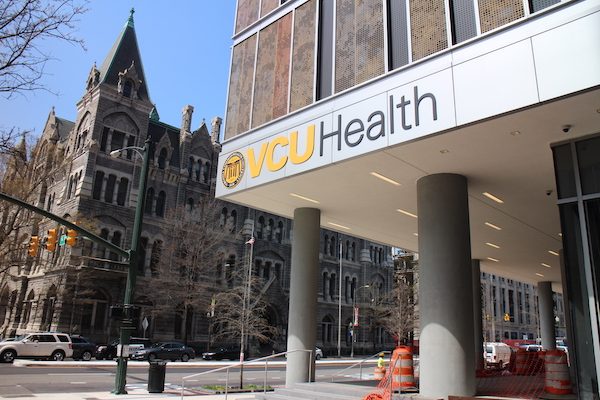 The health system has filed plans to build a 17,000-square-foot medical facility at 2495 Pocahontas Trail in Quinton.

Plans calls for a new emergency room and helipad, which the county’s planning department approved on Jan. 24.

The one-story facility will be located near the New Kent exit off Interstate 64. Plans call for 93 parking spaces at the facility.

VCU declined to comment on the project, which would be the first emergency room facility in New Kent County. In 2015, HCA Virginia planned to build an emergency room in the rural county, but the project never came to fruition. 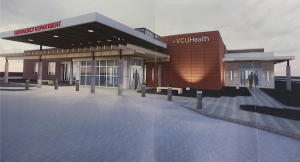 VCU Health filed plans in January for an emergency room in New Kent.

Plans indicate that VCU Health is interested in purchasing the 7-acre parcel. Shelton’s Care Inc. is listed as the land’s current owner, but plans note that the property is “pending transfer to VCU Health Systems.”

A timeline and cost for the project were not provided in the plans.

Local firm Drapen Aden Associates is listed as the project engineer and Norfolk-based PF&A Design is the architect.

In Richmond, VCU Health has more than $800 million of construction projects ongoing.

Work is underway on a $349 million adult outpatient facility and an $87 million building for its School of Allied Health Professions, both near the intersection of North 10th and East Leigh streets.

Earlier this year, the organization announced plans for a $350 million inpatient children’s hospital at 1001 E. Marshall St. downtown, and is working on a “Health Hub” in the East End at 1330 N. 25th St. VCU Health also is involved in a $119 million inpatient rehab facility in Short Pump, a joint venture it’s building with Sheltering Arms Hospital.