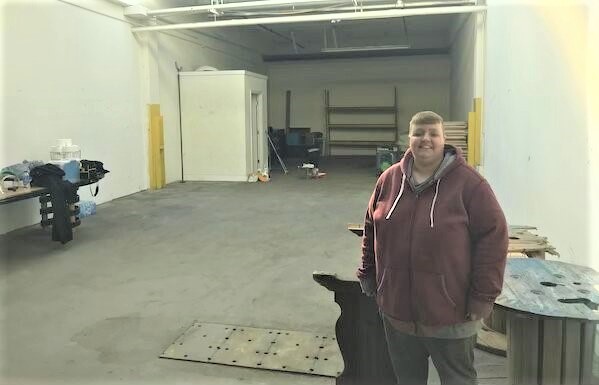 Rage RVA, a venue that allows customers to select their tools of choice (think sledgehammer, baseball bat, crowbar) and partake in recreational destruction of inanimate objects, opened this month at 711 Hospital St. in the Shockoe Commerce Center in Upper Shockoe Valley. 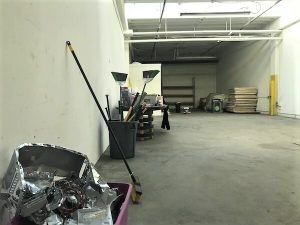 Rage RVA opened this month at 711 Hospital St. in the Upper Shockoe Valley.

In recent years, rage rooms have been popping up all over the country. Rage RVA owner Nicole Cline said they help people let out some steam.

“It’s a way for people to let go of some stress. It’s therapeutic,” Cline said. “If you’re stressed out, or have a lot of stuff going on, you can get a release.”

Rage RVA offers different sessions based on duration, the number of breakables/electronic items, tool of choice and music choice. Sessions range from $20 to $150, with group sessions and memberships also available. Sessions can be scheduled through Rage RVA’s website.

After signing a waiver, users are outfitted with coveralls, gloves, shoe covers and a face mask. Then they select a tool and choose what they want to smash: plates, glasses and electronics, excepting televisions due to hazardous chemicals.

Cline, from South Carolina, is a first-time entrepreneur who said she always wanted to open her own business.

She got the idea to open a rage room after hearing about a similar concept opening in Colorado.

She initially launched Rage RVA last month out of a shed near her home in Forest Hill before signing a lease for 1,700 square feet in the industrial park. Cline also works full time as a chef.

Cline said she’s been buying the stuff that her customers break from thrift stores, landfills, and estate and yard sales, plus she gets free items from Craigslist.

“People don’t have time to sit in line at the landfill,” she said. “They’d rather give it away and have it be someone else’s problem. That’s where I come in.”

A month into the business, Cline said she’s received good feedback, particularly from the men who come in.

“Typically the guys who come here seem to love it,” she said. “I feel in society, men in particular are not supposed to show their feelings, so the guys I’ve seen come here and really love it. I think it’s great.”

The arrival of rage rooms in Richmond follows other recreational trends that have made their way here from larger markets. Richmond in recent years attracted a handful of escape rooms, followed last year by the opening of two bar-arcades and a shuffleboard bar in Scott’s Addition. An axe-throwing bar also is en route this spring.