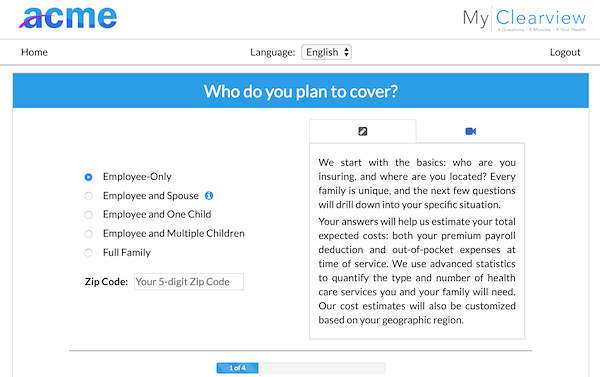 A fast-growing local company has been acquired by a much larger player from the Twin Cities.

The deal closed in February for an undisclosed sum. 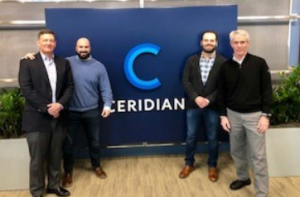 Clearview Logix’s team after the acquisition by Ceridian.

“In a couple of minutes, employees can respond to four multiple choice questions and we’ll give them a full analysis (of health care plans).”

Clearview first got involved with Ceridian last year through a licensing agreement, which eventually evolved into acquisition talks.

O’Shea said though they’re now under the Ceridian banner, they’ll still keep many of their own clients.

“Our intent is to maintain current clients outside of Ceridian. We’re part of the Ceridian family, but we’ll still be working for non-Ceridian clients,” he said. “For now, we are retaining the Clearview Logix name, but it’s possible that we would incorporate Ceridian into our name in the future.”

Clearview ranked 10th on BizSense’s RVA 25 list of the fastest-growing companies in the region, posting a three-year growth rate of 111 percent. In its 2018 annual report filed with the SEC, Ceridian posted $746.4 million in annual revenue.

O’Shea, Larry Colley and Allan Hatzimanolis O’Shea founded Clearview in 2014, and they now have a staff of four at the West End office and will remain there. 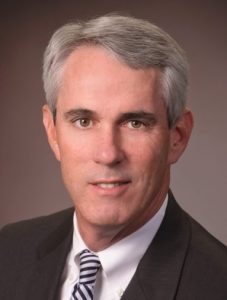 The three were veterans of the “insure-tech” industry, having founded a company called Dominion Benefits in 2003 that would go on to become OneDigital after it was sold in 2011.

O’Shea said changes in the health care industry, including the impacts of federal legislation, led them to start Clearview.

“With the Affordable Care Act, there’s a lot of need to not just help employers pick plans, but to actually help the consumer with plan selection,” O’Shea said. “Employers are offering more plans, but we’re seeing the plan designs get a lot more complicated. It’s hard to understand and see how your needs fit.”

O’Shea said employers either can have employees follow a link to Clearview’s technology or have it built into their own websites.

Clearview’s local clients include the University of Richmond, Elephant Insurance and Williams Mullen, and nationally, it’s working with the likes of Vanderbilt University and The New York Times.