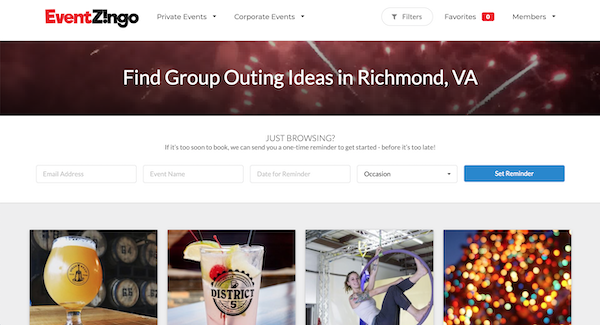 As it pivots its business model, a well-funded Richmond startup has sold part of itself to another local operator.

OccasionGenius, which launched in 2015 as PartyRVA, has sold its event marketplace technology to Mike Murphy, Mark Jones, Joe Doran and Nick Jones, who are keeping the service going as EventZingo.

Founder by Nate Marcus, OccasionGenius started as an online platform that connected event planners with event venues, and in 2017 started aggregating and listing local events. 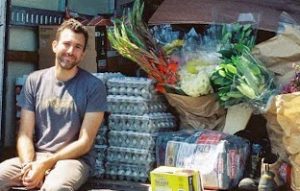 Marcus said last year they began taking their event data and selling it to other businesses, particularly those in the hospitality industry.

“We were both a private event marketplace and an event discovery technology company. As a startup, you can’t do both,” Marcus said.

“We recognized … we could sell (the event data) to large companies that are targeting the experiential consumer. We’re essentially selling access to our data.”

With that change in direction, Marcus still felt there was a market for a consumer-facing event database. He got in contact with the EventZingo crew, some of whom had been a client of OccasionGenius’ as operators of event venue Atlas 42 in Innsbrook.

The two sides eventually struck a deal to have EventZingo buy the event listing side of the business in December 2018. Terms of the deal were not disclosed.

Doran said they’re keeping the business model generally the same, describing the company as an advertising opportunity for local businesses. EventZingo earns revenue from businesses paying membership fees to be listed on the site. 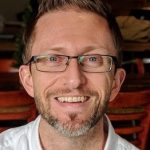 “We saw the opportunity to purchase the private events marketplace, the side that OccasionGenius basically didn’t need anymore,” Doran said. “We restructured and rebranded and turned it into EventZingo.”

EventZingo is based in Innsbrook and Murphy, Mark Jones, Nick Jones and Doran are co-owners. Mark Jones is CEO.

Doran said EventZingo is operating only in Richmond at the moment.

Meanwhile, Marcus said OccasionGenius closed on $2.1 million fundraising round this month, all from local investors.