Rocket Pop Media is handling branding and marketing for two of SNP Properties’ holdings: a block of buildings between 5 and 27 W. Broad St. branded as The Mezzo Lofts at City Center, and The Penny at Jackson Ward apartments under construction at 0 W. Marshall St. Work will include naming, brand identity, messaging, signage, web design and development, and social media, email and event marketing.

Rocket Pop was hired by Jewish Family Services for strategic planning and marketing. Work will include regional messaging for the locally based social services organization.

Ndp was hired to create an integrated marketing campaign for Menuhin 2020, an 11-day international violin competition to be held in Richmond. Initial work includes a logo designed to set the tone for the rest of the campaign. The brush strokes-style logo resembles a violin with “2020” forming the instrument’s body. 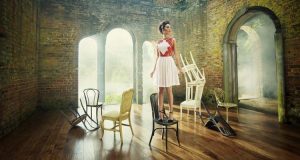 A photo from Cade Martin’s new campaign for Shaw Floors.

MTO Kombucha hired Wildfire for a rebrand to include naming, logo, packaging and website. The Virginia-based food supplier’s work with Richmond-based Feedback led to discussions with Wildfire to update the brand. 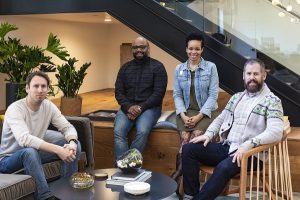 Stephanie Jones is an account director with Martin and joins the Mondelez team from VMLY&R Chicago. Filip Williander is a creative technology director and comes from BBDO New York.

VCU Brandcenter formed a new director’s council chosen by executive director Vann Graves. The advisory group represents a shift from a previous board structure and a revamped approach to preparing Brandcenter students for their careers. 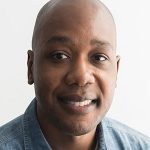 Think completed a campaign logo and sponsorship package for an annual 5k put on by Hospice of the Piedmont in Charlottesville. The agency was hired by Midlothian-based WebStrategies to roll out a fundraising campaign for St. Joseph’s Villa. Florida-based Grant Team Real Estate renewed its retainer with Think to continue design and brand development work. 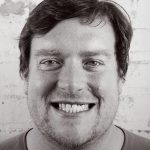 Colab hired Conor Driscoll as a front-end developer. He was previously with Spotzer Media Group in Amsterdam. Colab launched a website for The Virginia Home in conjunction with the local nonprofit’s 125th anniversary.