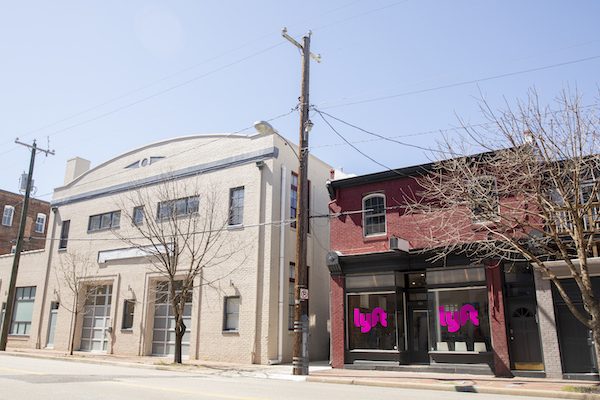 On the same day it filed an initial public offering, a Silicon Valley-based ride-share giant also established a brick-and-mortar presence in Richmond.

The roughly 600-square-foot space is mainly for Lyft drivers and those looking to become one.

“Drivers can come in and receive support related to the application itself, payment issues, the process by which someone would become a Lyft driver on our platform, and everything in between,” said Cabell Rosanelli, Lyft’s market manager for Richmond. “Giving drivers in-person support is the primary objective.”

He added that they’ll also use it to gather feedback and opinions from drivers, and pass on their comments to the company’s San Francisco headquarters. 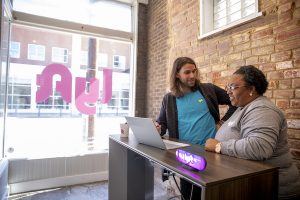 The Hub is open weekdays from 9 a.m. to 5 p.m., with typically two people on staff.

Lyft is leasing the space from 221 East Clay LLC, which purchased the building in April 2018 for $610,000, per city property records. Roth Jackson attorney Mark Kronenthal is the LLC’s registered agent.

The Richmond location is Lyft’s second in Virginia, joining a Hub in Arlington. Rosanelli said they’ve opened Hubs in most of Lyft’s major markets and have sought a Richmond spot for about a year.

“We had to find a place that was accessible, and now we have access to (Interstates) 64, 95 and the Downtown Expressway,” he said.

Lyft was founded in 2012 and launched in Richmond in 2016. The company would not disclose how many drivers it has in the region.

Last week, Lyft was valued at $24.3 billion in its IPO. The startup had raised $4.9 billion in venture capital in 18 funding rounds before going public, per startup database Crunchbase.

Walked by there today, everyone was all smiles and could feel the good vibes as we walked by. Welcome to the neighborhood!