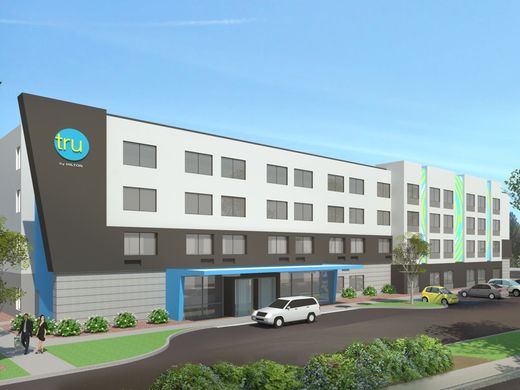 Powered by a new Ashland tax incentive, the site of a razed hotel and restaurant off Interstate 95 soon will be home to a Hilton offshoot’s first Richmond region location.

Henrico-based KM Hotels will build a Tru by Hilton Hotel at 101 and 103 N. Carter Road in Ashland.

Plans call for the hotel to rise five stories and house 91 rooms, along with a restaurant, pool, fitness and meeting rooms. It will sit on a 1.8-acre site that previously was home to part of the former Red Carpet Inn Hotel, and the former Phoenix Buffet restaurant that closed about six years ago. 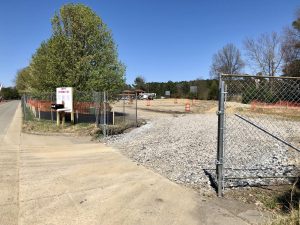 Site work is underway on the new Tru by Hilton hotel in Ashland. (J. Elias O’Neal)

Once completed, it will be the first Tru hotel in metro Richmond and its fourth in Virginia, adding to locations in Farmville, Staunton and Roanoke. The brand has other locations pending in Wytheville and Radford, according to its website.

It’s also a first for the Town of Ashland’s I-95 Corridor Incentive Program, which the town’s economic development authority adopted in 2016 to redevelop and incentivize new hotel investment along the town’s most visible gateway.

As part of the incentive, hoteliers willing to raze blighted hotel properties that sit roughly between Interstate 95 and Washington Highway (Route 1) can receive up to a six-year, 50 percent rebate on hotel taxes generated and paid to the town. Money from the rebate must be reinvested into the construction of a new hotel at the razed site, according to the incentive agreement. The rebate is capped at $550,000. 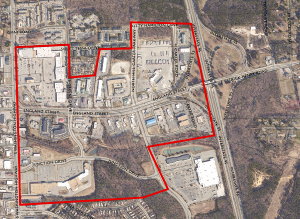 Calls to KM Hotels were not returned Monday afternoon.

While a cost estimate for the Tru project was not disclosed, Hanover County issued a $3 million commercial permit for the development last month.

Midlothian-based North South Construction is the general contractor for the project, according to permits filed with the county. Applegate Consulting Engineering is the development’s structural engineer and Silvercore is the civil engineer.

Once completed, it will join several existing hotels in the vicinity, including a Quality Inn & Suites, Days Inn, Super 8 and Motel 6.

The hotelier has been busy in metro Richmond, with a 119-bed Residence Inn under construction on the former Skilligalee restaurant site at 5416 Glenside Drive in Henrico County. It’s also remodeling the Holiday Inn Express at 2000 Staples Mill Road, and recently converted the remaining Red Carpet Inn, which sits next door to the future Tru by Hilton in Ashland, into a Red Roof Inn.

Looks like a great use of some prime real estate that’s been sitting dormant for far too long.

KM is on the march, acquiring numerous sites locally that need a serious facelift. Hotel taxes regionally pay off the bond debt for the Downtown Convention Center and could be the solution for the question how to finance a new Coliseum that benefits the entire region. Will the City allow the Counties to participate if it has to surrender oversight of the finances? The last administration would not allow it.