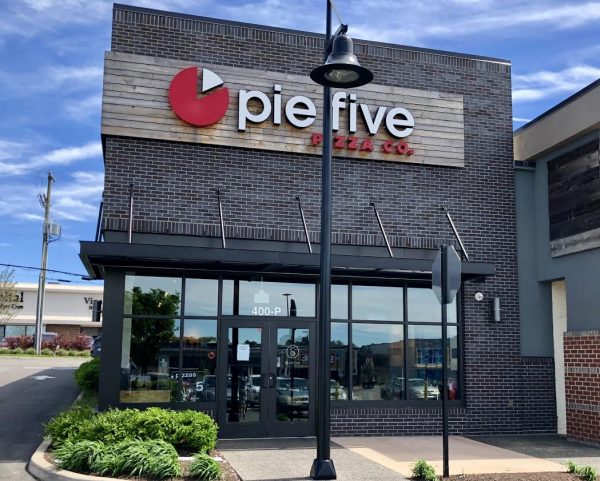 The last Virginia holdout of a national pizza chain has closed in a Henrico County retail center.

Pie Five Pizza Co. shuttered its Willow Lawn location this week. Employees at a neighboring business said the restaurant’s doors were closed as of Sunday.

Jeff and Deborah Percey, who launched Pie Five’s metro Richmond franchise in 2013, did not return multiple calls for comment.

Federal Realty, which owns and manages Willow Lawn, said in an email Monday it would not discuss information about specific leases nor confirm if another tenant has been identified to fill the 2,300-square-foot space.

With the closing, Pie Five no longer operates any restaurants in Virginia or North Carolina. The fast-casual chain is known for its variety of crusts and toppings that are baked into a custom pizza in about five minutes. 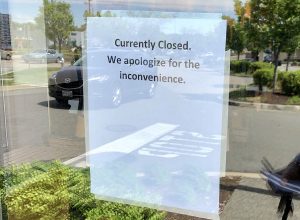 A spokeswoman with Pie Five said Tuesday the company has no immediate plans to open another location in metro Richmond.

Owned by Dallas-based Rave Restaurant Group, Pie Five has struggled the past three years to grow its profit margin. The brand launched in 2011.

At its peak, the chain operated 100 restaurants nationally, including two in metro Richmond. That’s since been reduced to about 65 locations, according to its latest revenue report.

The Perceys launched the metro Richmond franchise after selling their stake in eight Five Guys Burgers and Fries locations across Richmond and Maryland.

They opened the area’s first Pie Five in 2013 at 10921 W. Broad St., in the Colonnades West shopping center near Innsbrook. They opened a second location in September 2015 at 810 W. Grace St. at VCU’s Monroe Park Campus.

About a year after opening the VCU location, the Perceys decided to swap their city digs for the suburbs, relocating the outpost to Willow Lawn in September 2016. Washington, D.C.-based Cava Grill later took up residence at the VCU location.

The Perceys closed their Innsbrook location a couple years later, making way for Pupatella, a Northern Virginia-based pizzeria brand, to open its first Henrico location and second in metro Richmond.

Pie Five is the latest in a growing list of national pizza chains to leave metro Richmond.

Grimaldi’s, an Arizona-based chain known for its Sicilian- and Brooklyn-style pizza, also closed up shop in February after three years at Chesterfield Towne Center.

An unfortunate reminder that investing in a franchised concept is no guarantee of success. The pizza industry is especially tough. Sorry to see Pie Five leave town, I was a frequent customer.

That’s a shame. My wife and I just ate there last week. They had great pizza and the folks there were always pleasant.

In general,local Pizza operators do a far better job than national chains. They have a better feel for the market.

I will miss them too. Knowing Federal Realty they’ve probably already got the place re-leased.

Love to see a “Your Pie” to open there but I don’t know if the space is big enough for them.

I know it was a chain but I never had a bad meal at Pie Five, their staff was always friendly and helpful, and their rewards program was good for repeat customers. I also discovered when reading up on them after the closure Sunday they are a corporate cousin of Pizza Inn but some recent news on them shows decreasing same store sales, etc.