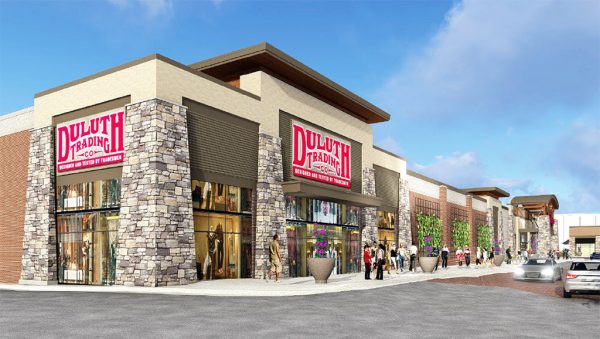 A Short Pump shopping center has bagged another new-to-market retailer.

Duluth Trading Co. has signed on for about 17,000 square feet in the Wegmans- and Cabela’s-anchored West Broad Marketplace at 12260 and 12268 W. Broad St. in Henrico County.

The retailer will move in next door to Burlington, the clothing and home goods retailer that announced in February plans to take about 40,000 square feet in the 57,000-square-foot retail building under construction at West Broad Street and Robert Atack Way.

An opening date for Duluth was not released. Calls to the company were not immediately returned Wednesday afternoon. 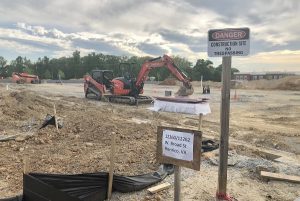 Site work is underway on Duluth Trading Co. and Burlington at West Broad Marketplace. Both retailers are set to occupy a 57,000-square-foot building in the development. (Photos by J. Elias O’Neal)

Duluth and Burlington will be part of a strip center on a 12.7-acre site that originally was approved for up to 135,000 square feet of retail. However, the parcel’s plan of development was changed in December to allow for a smaller strip, with one of the three junior boxes being removed to make way for Burlington and leaving an additional 17,300-square-foot space available for lease.

No construction permits for Duluth Trading Co. were submitted as of Wednesday afternoon.

Once completed, this would be Duluth Trading Co.’s first store in metro Richmond.

Based in Belleville, Washington, Duluth Trading Co. is known for a variety of workwear and accessories for men and women. The company operates about 50 stores across the U.S., the closest to Richmond being in Manassas in Northern Virginia and Cary, North Carolina. 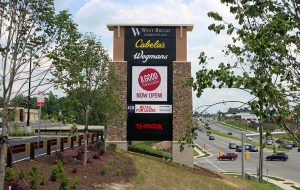 West Broad Marketplace is anchored by Cabela’s and Wegmans.

Row House, a fitness facility centered on a rigorous rowing program, also is set to open in 2,200 square feet near A.C. Moore.

Work also is underway to open Florida-based Mexican food chain Tijuana Flats in an 8,000-square-foot strip center on the property.

Red Poppy Pickin, which is owned locally by Chelsea Hooper and carries a variety of locally crafted home goods, opened its third metro Richmond location in November in a retail building anchored by T.J. Maxx.

All I have to say is: best pants evah.

Interesting to see how this will effect retail to the east. Good Feet and AC Moore simply moved down Broad Street. And rumors is that Burlington will close its other Broad Street after this one opens. The number of retailers (and their store sizes) are shrinking but we continue to build out more and more. Our retail per capita over saturation is going to catch up with RVA! And Kory is right their pants ROCK!

yeah, considering retail saturation the fallout will be interesting. Burlington next to Home depot is a good location, but not sure who would want that space