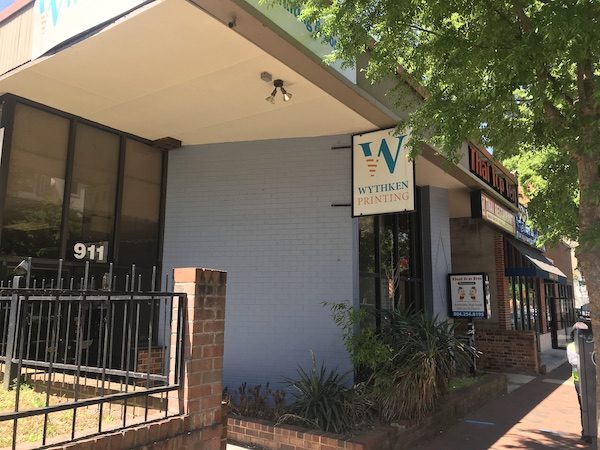 The university is preparing to convert a small storefront on West Grace into classrooms. (Photos by Mike Platania)

As it looks ahead to a major project near Monroe Park, VCU is shuffling some classrooms over to West Grace.

The university is preparing to convert 911 W. Grace St. into space for classrooms that are currently housed at the Franklin Street Gymnasium. The gym property at 817 W. Franklin St. eventually will be demolished to make way for a new STEM building, as laid out in VCU’s recently approved master plan.

VCU spokesman Mike Porter confirmed the university’s plans for the Grace Street building. It most recently was occupied by Wythken Printing, which since has moved a few blocks north to 900 W. Leigh St. 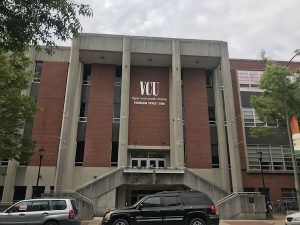 The project is being done in anticipation of the Franklin Street Gym’s demolition.

“The VCU Real Estate Foundation is renovating and leasing the property to VCU to allow it to relocate two classrooms from the Franklin Street Gymnasium, which will ultimately be demolished and replaced with the new science, technology, engineering and math (STEM) building,” Porter said.

The VCU Real Estate Foundation has owned the building since August 2002, when it was transferred from the Virginia Electric and Power Co., which bought it earlier that year for $280,000, per city property records.

The classroom conversion project will not affect the Thai Top Ten restaurant in the adjoining storefront at 911½ W. Grace St.

Porter said the renovations on the 6,200-square-foot space are slated to be completed this summer in time for the university’s fall 2019 semester. Cost was not disclosed. 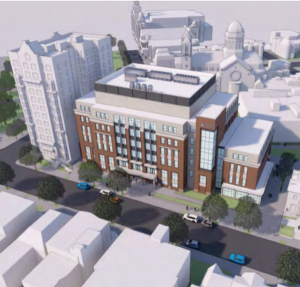 A rendering of the forthcoming STEM facility. (Courtesy of Ballinger / Quinn Evans)

Full details of VCU’s planned STEM building have yet to be released. The university does not have a timeline for it, nor has it filed any formal plans for the project.

During a presentation to the VCU Board of Visitors last month, university President Michael Rao said the Virginia General Assembly recently awarded $105 million for the project.

VCU holds a few other properties along and just off West Grace for which it hasn’t announced plans.

VCU is still on the march. I love this conversion to STEM. The capital city needs this type of school to lure more such businesses to the region. GO Rams!