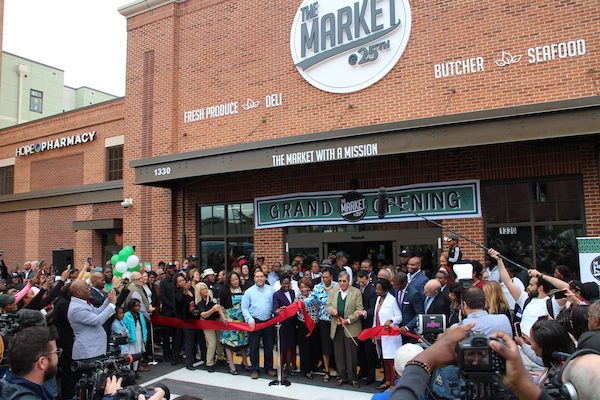 The grocery anchor of a new Church Hill-area development is open for business.

The Market @ 25th, a 25,000-square-foot store that’s part of the Church Hill North Retail Center backed by a group including local businessman Steve Markel, opened Monday at 1330 N. 25th St. at its intersection with Nine Mile Road and Fairmount Avenue.

Hundreds gathered for a ribbon-cutting ceremony for the market on Monday, including City Council President Cynthia Newbille, who represents the East End, Mayor Levar Stoney and VCU President Michael Rao. 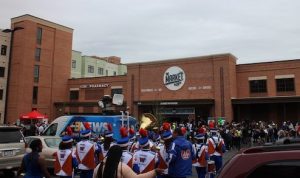 The Market @ 25th is a full-service store with a produce section, bakery, seafood counter, butchery and prepared foods kitchen — all of which are named for schools in the East End.

The store also has a pharmacy and a small coffee stand from Brewer’s Cafe, and the local PBS affiliate will operate a free little library and kids’ events at the store. Richmond Heritage Federal Credit Union is planning to open a branch in the store as well. 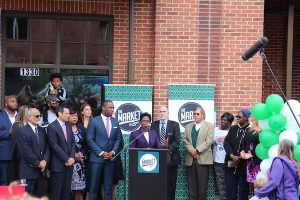 Two transportation companies have a presence at the market: Lyft has a lounge area there and Van Go is providing free rides to the store for those from Creighton Court, Fairfield Court, Gilpin Court, Hillside Court, Mosby Court and Whitcomb Court.

The entire project is led by Steve and Kathie Markel, and Norm Gold, who sought to bring a grocery store to the east side of the city that has few grocery offerings. Farm Fresh is the only other large operator located just south in Shockoe Bottom. The store was sold to new ownership last year.

Nearby new development includes a 256-unit apartment project on the site of the old Armstrong High School, which began construction in late 2018. That project is a mixed-income community in a partnership of Boston-based nonprofit Community Builders and the Richmond Redevelopment and Housing Authority. 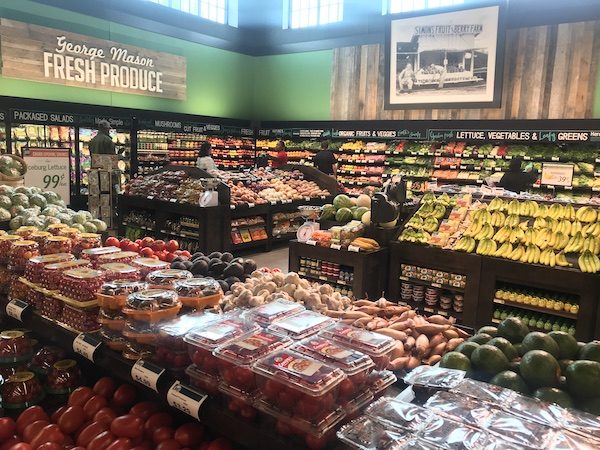 Van Go is providing complimentary rides home to anyone living in the Church Hill area….

Plan to stop by tonight; hope this store lasts as small local markets in RVA do not have a successful track record. I also remember the fanfare when the Eckerd/Rite Aid opened at 25th and Fairmount. It lasted less than 2 years becoming a Dollar General it is today. Markel has the vision and funding but it is going to be a tough market. Neighbors need to support it!

Why are they not accepting EBT payments?