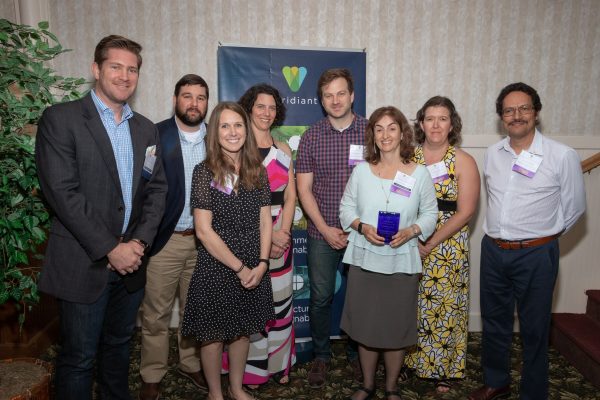 The statewide group, which administers the EarthCraft brand of green-building programs, recognized several Richmond-area builders and projects at a reception held April 25 at The Place at Innsbrook. This year’s event was expanded into a three-day conference with additional programs and events. 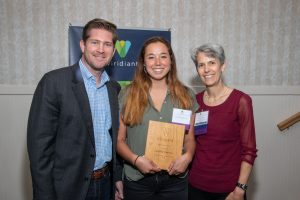 UR senior Jennifer Kearney, center, receives the Next Generation Award from Viridiant board president Bryan Mangas and speaker Joan Kelsch.

Notable local winners included Sustainable Design Consulting LLC, which received this year’s Visionary Award recognizing leadership in sustainable buildings and communities, and Jennifer Kearney, a senior at the University of Richmond, who won the Next Generation Award for her work educating fellow students on waste reduction and energy and water conservation.

VCU’s Institute for Contemporary Art and UR’s Thomas Hall, designed by Henrico-based NBJ Architecture, were nominated in the commercial project or development category, losing out to VIA Design Architects’ 319 Plume St. renovation in downtown Norfolk. Sustainable Design Consulting served as LEED consultant on the ICA, which was designed by Steven Holl Architects in New York and locally based BCWH.

Other local nominees included Hollyport Ventures’ Jefferson Green homes in Union Hill and Health-E-Community Enterprises’ Villas at Rocketts Landing, which were nominated in the single-family project or development category. 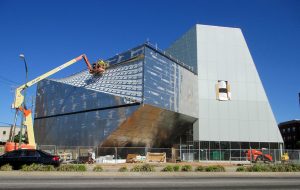 Viridiant, formerly known as EarthCraft of Virginia, presents the awards each year. The group, whose name is derived from the Latin word for “green,” is in its 13th year.