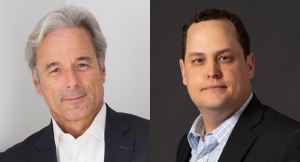 Armed with an experienced local deal broker, an investment banking firm from the Windy City is planting its flag in Richmond for the first time.

XLCS Partners, a 20-person Chicago-based outfit that helps broker mergers and acquisitions for midsized companies, this month welcomed Richmonder Patrick Warren into its ranks as it looks to tap into the pipeline of deals that flows in and around the region.

The firm focuses on sell-side deals for companies with $20 million to $200 million in revenue, with a specialty in helping companies in industries such as aviation, packaging, fasteners, health care, IT and old-line manufacturing. It closed 17 deals last year and expects to hit more than 20 this year.

Bob Contaldo, chairman and managing partner at XLCS, said this sort of geographical expansion is a first for the firm.

“We’re trying to expand our footprint and we think Patrick is the guy in Richmond,” Contaldo said, adding that the firm is also adding an outpost in Naples, Florida.

Warren has 15 years of experience in M&A, having worked in Richmond in recent years at BB&T Capital Markets and Fifth Third Bank.

Warren, who was raised in Martinsville, Virginia, said his parents and grandparents all hailed from Richmond.

“He’s a UVA grad, he has a lot of good contacts and a fantastic resume,” Contaldo said of Warren, who is now a managing director with XLCS. “It’s always better to have a native son there. He understands the market – he can meet the right people.”

Warren said he had been out of the investment banking scene since 2017, spending the last year or so at local software startup RTS Labs.

“I missed the M&A world and wanted to get back to it,” he said.

Warren said he’s working remotely at the moment as he splits his time between Richmond and Chicago, but said XLCS is scouting offices in Richmond.

While Warren is the firm’s lone man on the ground here at the moment, Contaldo said he expects to add to the firm’s Richmond roster over time.