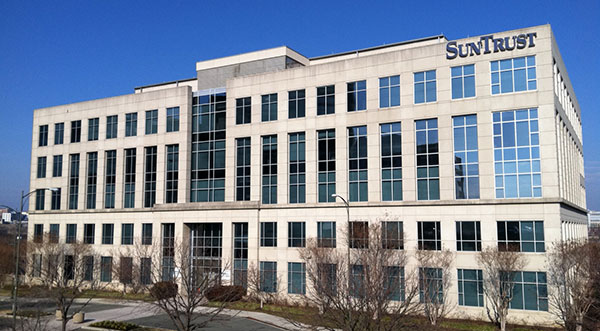 Fallout from the pending $66 billion marriage of banking giants BB&T and SunTrust is beginning to emerge in Richmond.

SunTrust confirmed this week that it plans to relocate parts of its Richmond-based mortgage operations from the city’s Southside to Greensboro, North Carolina.

A spokesperson for the Atlanta-based bank said the decision is related to the BB&T deal and would involve moving the “mortgage leadership team for the proposed combined company” out of its Manchester complex.

“Over the next two years, this could mean up to two or three dozen positions may be relocated,” the bank said in an emailed statement. “The combined mortgage business will continue to have a significant presence in both Richmond, Virginia, and Greenville, South Carolina.”

The bank said its top mortgage leader, Todd Chamberlain, who is based here, would be included in that group. The move will occur after the BB&T deal closes, expected in the fourth quarter.

The company would not provide more specific headcount figures, including how many employees it has at the Manchester site, which encompasses two buildings totaling about 480,000 square feet at 901 and 1001 Semmes Ave. 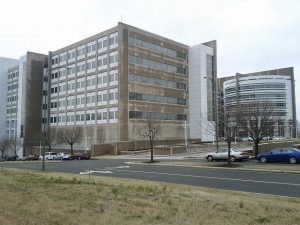 The other side of SunTrust’s Manchester campus.

A tally in February from the Greater Richmond Partnership showed that SunTrust as a whole employed 3,800 in the Richmond area, though that count did not break down banking and mortgage operations.

BB&T referred comments on the matter to SunTrust.

As for choosing Greensboro as the new hub for the combined company’s mortgage operations, SunTrust said it was seen as a central site between the home bases of two banks’ respective mortgage arms.

“Greensboro is centrally situated relative to our companies’ respective primary operating and servicing hubs in Richmond, VA, and Greenville, SC, and close to the proposed combined company’s headquarters in Charlotte,” SunTrust said in its email.

The executive relocation plan is the first confirmed local ripple effect from the massive deal, which would create the sixth-largest bank in the U.S. The two banks bill it as a “merger of equals,” though it involves the larger BB&T acquiring SunTrust in an all-stock deal that would give BB&T shareholders ownership of approximately 57 percent of the new company.

Beyond the mortgage operations, the combination is expected to be felt locally in other ways.

Many local bankers are waiting to see how many BB&T and SunTrust branches might be consolidated in the region and how much in deposits the bank might sell off to satisfy regulators about competitive concerns.

The banks have a combined 75 branches across the Richmond region and nearly $8 billion in combined local deposits, along with major mortgage, investment banking and wealth-management operations from both companies that are based in Richmond. 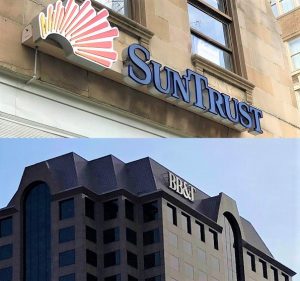 Their combined local market share would be second only to Bank of America and catapult it past perennial No. 2 Wells Fargo.

BB&T had 839 local employees as of February, according to Greater Richmond Partnership, a regional economic development group.

And both companies have their names on buildings downtown – with SunTrust’s atop its namesake SunTrust Center at 919 E. Main St. and the complex in Manchester, and BB&T’s across the face of one of the Riverfront Plaza towers on East Byrd Street.

One local banker who’s keeping a keen eye on how the deal shakes out is John Asbury, CEO of the newly renamed Atlantic Union Bank, which is plotting its strategy to capitalize on the BB&T-SunTrust fallout.

“It makes perfect sense for them to do this, but it creates opportunity for us,” Asbury said. “These are two very good, very well-run companies, but they are very different. That’s why I believe there will be friction and it’s just natural to expect there will be fallout.”

On the retail side, Asbury cited statistics stating that approximately 750 of the two banks’ combined 3,100 branches are within two miles of each other, including 282 in Virginia. Of those in the commonwealth, 200 are within one mile of each other and 144 are within a half-mile, known as “line of sight,” he said. 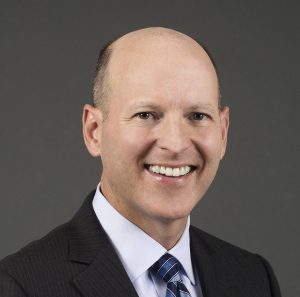 “You can expect anywhere where you see paired branches, one of them is going to close,” Asbury said.

Of the banks’ 75 branches around Richmond, Asbury said: “We predict they will close half of them.”

And he said bankers see Virginia as “ground zero” for fallout.

A February report from investment banking firm Stephens Inc. included a ranking of the 10 markets where the banks likely would be required by regulators to divest assets over competitive concerns.

Four of those 10 in are Virginia, including Hampton Roads, Martinsville, Roanoke and Charlottesville. Stephens predicts $594 million of deposits would have to be sold off to competitors in those four markets, $432 million of which would be in Hampton Roads.

Asbury reiterated that it will take time for the effects of the deal to play out, even after it’s completed. That’s in part due to the size of the two companies, but also the nature of deals of this size.

“This will be a multiyear disruption,” he said. “There is no such thing as a merger of equals. Someone ends up being in charge.”

Unfortunately with all consolidations there will be job losses and branch closings. Hopefully those affected will find new jobs quickly.

unfortunate, but not surprising. I wonder if moving people to Greenboro will cause retention issues.