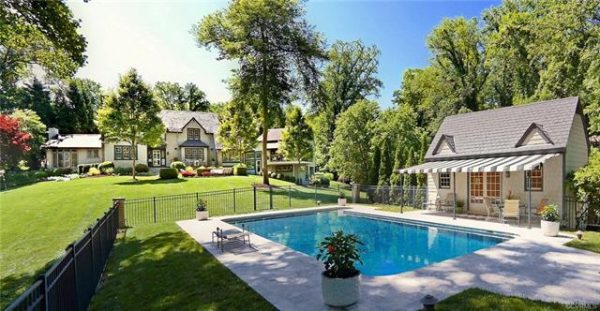 A top executive at Richmond’s resident spice-making giant is selling his 5-acre riverside estate in one of the pricier residential real estate listings to hit the market in recent months.

Mark and Victoria Sauer put their residence at 4634 Butte Road up for sale last week with an asking price of $3.25 million. Mark Sauer is executive vice president of sales at C.F. Sauer Co.

The sprawling property, consisting of four parcels straddling Riverside Drive near the foot of the Huguenot Bridge, includes the 5,900-square-foot house atop a hillside overlooking the James River. An undeveloped parcel across Butte Road and a strip of land fronting the water across Riverside Drive are included in the listing.

The two-story colonial was built in 1926.

The Sauers are working with Joyner Fine Properties’ Richard Bower and Lynn Pritchard, who co-listed the property May 21 with a no-show provision until May 29.

Pritchard described the provision as a premarketing tool that was prompted in part by the timing around Memorial Day weekend.

“Whenever you put houses on the market, you want to be sure that the people who are prospective buyers have an opportunity to know about it, because they’re not always in Richmond,” Pritchard said.

“We typically put them in MLS and start advertising ahead of time to give agents and buyers time to read about it and call and make an appointment. Premarketing is to give the most people the opportunity to come and see the house.”

Pritchard said Thursday she couldn’t speak on any inquiries received because she and Bower divvied up responsibilities, with Pritchard handling the marketing side and Bower handling showings. Calls to Bower last week were not returned. 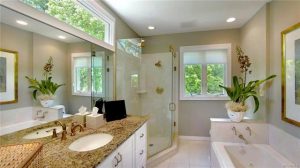 Pritchard said the property has the best view of the river she’s seen among homes in that area. The acreage includes a two-bedroom guest cottage, pool and gardens.

“It’s an extraordinary property with a lot of land for something that’s in the city,” she said.

City property records show the Sauers purchased the house in 1997 for $620,000. A city assessment most recently valued that parcel, which was subdivided in January to create an additional buildable lot, at $1.51 million. The river frontage land was included in the home sale.

The couple purchased the 2-acre vacant lot across Butte Road in 2006 for $165,000. That land is assessed at $132,000 and is included in the listing as a second buildable lot. Pritchard said they are not entertaining offers on the parcels individually.

“They bought that property years ago purely as protection to their property, so that they controlled it,” she said of the vacant lot. “We are conveying all four parcels at that price.”

Built in 1926 and since updated, the two-story colonial-style house totals six bedrooms, four full bathrooms and three half-baths. It includes a first-floor master suite, six gas and wood-burning fireplaces, a rec room or exercise room and a three-car garage.

Pritchard would not discuss why the Sauers are selling the house or their plans.

C.F. Sauer Co.’s Duke’s Mayonnaise gets props in the garage.

C.F. Sauer Co.’s real estate arm, Sauer Properties, has been busy of late developing Sauer Center, a Whole Foods-anchored, 200,000-square-foot development next door to its West Broad Street headquarters. Its real estate portfolio includes the former Virginia Department of Taxation building nearby, where façade improvements and other work have been visible in recent months.

The Butte Road property joins other multimillion-dollar listings that have popped up in recent months.

About a mile downriver, a 5,200-square-foot Tudor at 7751 Riverside Drive hit the market in early May with a $3.19 million price tag, reduced two weeks later to $2.79 million. Upriver, Emory and Susan Williams, parents of Richmond Restaurant Group’s Michelle Williams, listed their 5,800-square-foot home off Cherokee Road at $1.49 million.

it appears to be a good time to cash out of the high end market. The Sauer property is a beautiful and the river frontage is along a wonderful stretch of flatwater.