The steady stream of departures continues out of LeClairRyan.

At least 13 attorneys left the longtime Richmond-based law firm so far this month, including one from its downtown office, as well as groups from its offices in the Northeast and on the West Coast.

Locally, Elizabeth “Betsy” Davis in early June jumped to Whiteford, Taylor & Preston. Davis, who focuses on labor and employment law, had been with LeClair since February 2017 and brings Whiteford’s Richmond headcount to 15, most of which came over from LeClair. 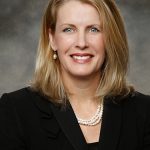 Also out of the Boston and New York offices, partners Patrick Voke, Shanna Boughton and Mikelle Bliss left for McGlinchey Stafford. All three had been partners in LeClair’s financial services practice.

Out West, Patricia Peden, John Yang and Charles Yang all left LeClair’s San Franciso and Sacramento offices last week for the law firm of Burke, Williams & Sorensen. The intellectual property lawyers were all shareholders and had been with LeClair since 2015, 2016 and 2018, respectively.

LeClair has lost dozens of attorneys since the beginning of the year, many of which were shareholders. Those add to the 40 partners that departed last year. The firm is now down to 200 attorneys firmwide, according to its website. That’s down from 239 in February and from its peak of 378 in 2015.

Richmond remains the largest of its 22 offices with 30 attorneys, followed by its Alexandria and New York offices.

The firm’s gross revenue in 2018 fell to $122 million, down from $142 million, according to the most recent figure available in law industry publications. Those figures are down from $163 million in 2015.