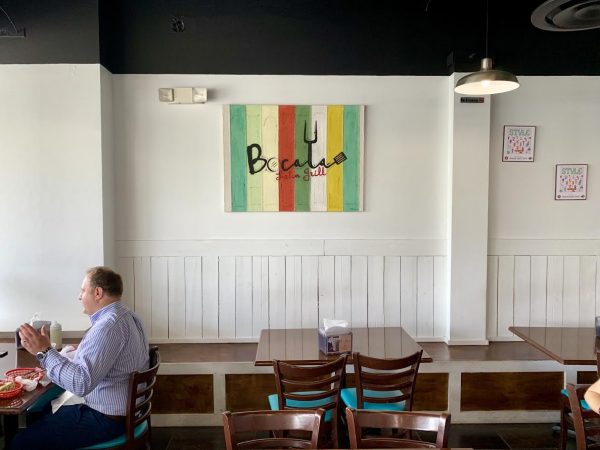 A restaurant rooted in Venezuelan flavor is jumping into an Innsbrook-area storefront where a grilled cheese joint recently fizzled out.

“We just really liked the space and it fit with what we wanted to do there,” Serrudo said. “This new location will give us better visibility.” 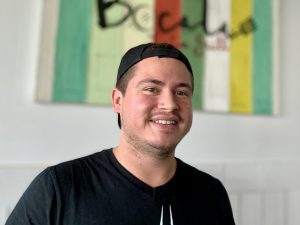 The new restaurant will fill about 1,500 square feet formerly held by Cheezilla, which closed this year. Serrudo and Loreto hope to open in a couple of months.

Looking to operate as an extension of their Southside location, Bocata Arepa Bar will stay true to its name, serving up a variety of arepas, a traditional dish found in Venezuela and Colombia, made with thick ground corn dough patties that can be baked, grilled or fried. Once cooked, the patties are split in half to make sandwiches.

Arepas are eaten daily in the South American countries, typically served with meats such as chicken and shredded beef, along with cheese, avocado and tomatoes.

While adding a few new arepas to its Innsbrook menu, Bocata Arepa plans to serve several of its signature dishes patrons find at its south Richmond location, such as Bocata Nachos, which are fried arepas topped with steak, chorizo, beans, cheese, pico de gallo and avocado; and Cachapa, a corn pancake stuffed with either ham and cheese, steak, shredded beef or chicken.

They have an ABC license pending to serve beer, and Venezuelan juices also will be added to the menu, such as passion fruit, molasses and lime, and blackberry.

“Because there are a lot of office workers in that area, we wanted it to be a place where people could pick up something quick and go if they had to,” Serrudo said. “But we also wanted it to be a gathering place in the center.”

Serrudo and Loreto are investing about $20,000 to overhaul the space, which will accommodate 50 to 60 diners. It also will serve as the group’s Henrico catering kitchen for corporate parties and events.

Weekends to be decided

Serrudo said the restaurant plans to initially open around 11 a.m. Monday through Friday, closing around 9 p.m. Depending on demand, he said the outpost would consider Saturday and Sunday operations.

Launching Bocata Arepa Bar has been years in the making.

Serrudo and Loreto, who met as coworkers of the now-defunct Kanoa Latin Cuisine location on West Grace Street downtown, pooled their resources to launch Bocata Latin Grill three years ago at 4725 Walmsley Blvd. – a section of south Richmond rich with local Southern, and Central American and Mexican restaurants. 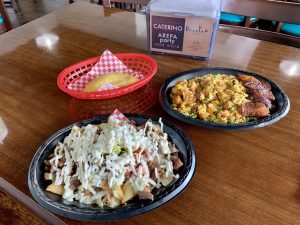 “There is so much down here when it comes to Latin markets and restaurants that it makes sense for us to maintain our presence here,” Serrudo said. “It’s a bit of a blessing and a curse because we have so much local support from the community, but yet people who aren’t from this neighborhood don’t want to make the drive down here.”

A seasoned cook, Loreto learned several of the restaurant’s arepa and empanada recipes from spending time with his grandmother in the kitchen, while Serrudo recalls memories of his own mother’s cooking business.

“He does the cooking and I do the tasting,” Serrudo said.

Glad to have some variety in the area!
Welcome!