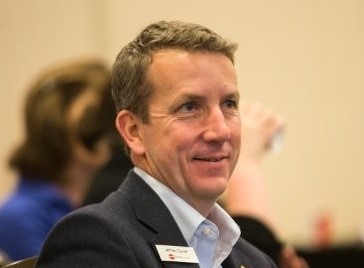 A top executive at a Henrico-based bank is out after barely a year on the job.

Jeffrey Culver has left his post as president of Sonabank, a $2 billion institution headquartered in Innsbrook.

Culver, 50, started with the bank in spring 2018 as president and COO after 16 years at Middleburg Bank. He was COO at Middleburg until it was acquired by Access National Bank, which has since been acquired by Richmond’s Atlantic Union Bank, formerly Union Bank.

His departure was disclosed last week in an SEC filing made by Sonabank parent company Southern National Bancorp of Virginia.

The company did not provide detail of what led to Culver’s departure. Messages left of CEO Joe Shearin and Executive Vice Chairman Rod Porter were not returned.

The company said the two sides agreed that Culver “will step down as the company’s president, effective as of June 20, 2019. Mr. Culver will receive the severance and other termination benefits described for a termination without cause under his employment agreement with the Company…”

The departure comes after Culver’s COO title was shifted in February to George Sheflett Jr., who had already been the bank’s chief information officer. That left Culver, 50, with the president role at both the bank and the parent company.

Culver joined the bank less than a year after it was combined with the former Eastern Virginia Bankshares and its EVB bank. He replaced Shearin as president. Shearin retained the CEO title.

He is the second local bank president to depart after barely a year. Tommy Bourque left New Horizon Bank in Powhatan in April. New Horizon has since begun a search for a permanent replacement, with chief creditor officer and interim CEO Brian Grizzard making it known he wants the gig.