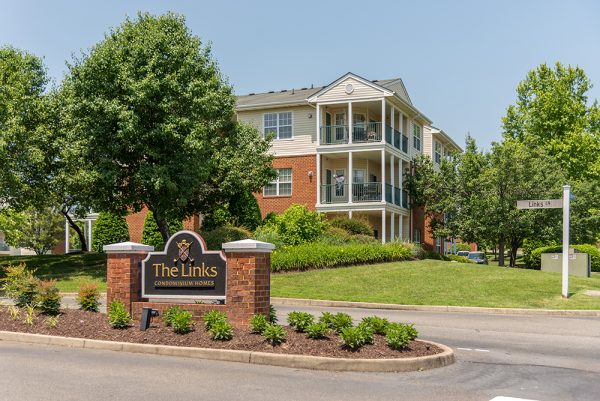 A years-long apartments-to-condos conversion near Virginia Center Commons has come to a close with the recent sale of the property’s remaining leasable units.

The bulk sale consisted of the remainder of units that Goodstein had yet to convert to private ownership. Goodstein had been converting and selling the units individually since purchasing the Links as apartments in 2005.

The buyer was Pura Vida Rising LLC, a Woodbridge-based company owned by Warren Aldrich. Aldrich could not be reached for comment Monday afternoon.

Cushman & Wakefield | Thalhimer broker Calvin Griffith, who represented Goodstein in the transaction along with colleague Catharine Spangler, said Aldrich plans to make improvements to unit interiors to add to their value and increase rents. Thalhimer’s Birck Turnbull and Reilly Marchant were advisors on the deal.

While technically condominiums, Griffith said the 72 units operate like an apartment community, with a single owner choosing to lease out the units with the option of eventually selling them as condos.

“It actually gives the owner some different exit strategies,” Griffith said. “If they want to sell them off one by one or in pairs or something, they can in theory increase their returns that way, versus just keeping them as a rental.”

Griffith said Goodstein had sold off about 75 percent of the 288 units, the bulk of those pre-recession and others here and there over the past 10 years. Aldrich could likewise sell off the remainder or retain them as revenue-generating rental units.

The 72 units were 97 percent occupied at closing and had been renting on average for about $1,100 per month, Griffith said. They included 52 two-bedroom units, 16 three-bedrooms and four one-bedrooms, with floor plans averaging nearly 1,200 square feet.

The sales price breaks down to $108,403 per unit, which Griffith described as one of the largest apartment-to-condo conversions seen in the Richmond area.

“I have heard it stated that this was the biggest condo conversion in the area, but I don’t know if that’s true or not. It’s certainly one of the biggest,” Griffith said. “They executed their business plan fairly well. The numbers they were selling for out of the gate were really strong, and then being able to sell the last bit here at the number we sold it for was, I think, good for them.”