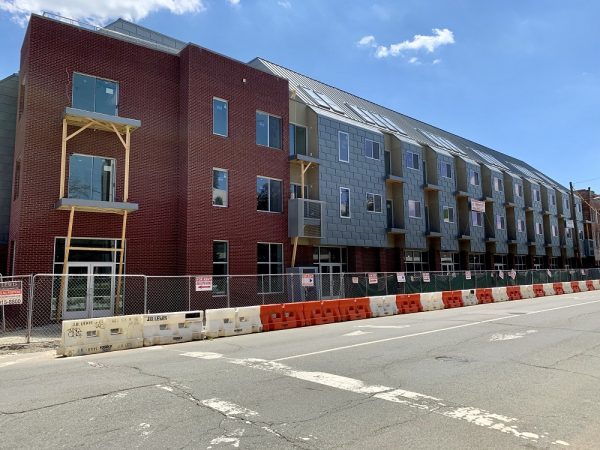 Pita Pit is one of the first commercial tenants of the 805W mixed-use development at 805 W. Cary St. near VCU. (J. Elias O’Neal)

A mixed-use development rising at the edge of Oregon Hill near VCU has hooked its first commercial tenant – a restaurant chain that’s making a comeback in the Richmond market.

Pita Pit signed a lease in recent weeks to take about 900 square feet in the 805W project – a four-story, 100-unit apartment development with about 8,000 square feet of ground floor space – that’s under construction at 805 W. Cary St. 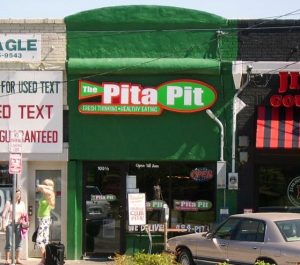 Pita Pit restaurants are typically located near colleges and universities, such as this location across the street from the University of North Texas in Denton, TX. (Wikipedia)

Founded in 1995, Canada-based Pita Pit is a fast-casual restaurant that features a menu based on a patron’s choice of grilled meats, fresh vegetables, a variety of sauces and a pita, all rolled together.

Pita Pit is familiar with metro Richmond, having operated an outpost about 10 years ago in the Innsbrook Shoppes retail center in Innsbrook before closing a couple of years ago.

The new Richmond franchise will be owned and operated by Jordan Anderson, who could not be reached for comment Wednesday afternoon.

Beyond its pending Richmond restaurant, Pita Pit operates two Virginia locations in Roanoke and Virginia Beach, according to its website. 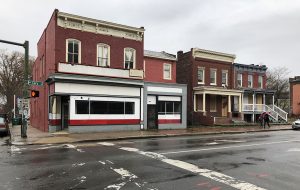 Buildings have been razed to make way for the 805W mixed-use project, which was launched last year. (J. Elias O’Neal)

The apartment units are being leased by KRS Holdings, while commercial leasing is being handled by Divaris Real Estate Inc. | Richmond.

Pita Pit is a fast-casual restaurant that features a patron’s choice of grilled meats, fresh vegetables, a variety of sauces and a pita. (Screenshot)