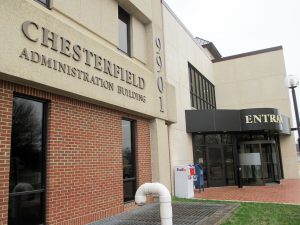 Chesterfield
Supervisors at their June 26 meeting approved a grant agreement with Shamin Hotels related to its planned investment at least $30 million at Stonebridge to construct a mixed-use development including a 200-room upscale full-service hotel and a 10,000-square-foot conference center.

The agreement authorizes the award of annual grants through the Chesterfield EDA based primarily on incremental real estate, hotel occupancy and sales tax revenues the county receives as a result of Shamin’s real estate developments in the County. The Chester-based company announced last month it will invest $125 million in the county in the next three to five years. The agreement is detailed here.

A groundbreaking ceremony was held June 24 for the Baxter Perkinson Center for the Arts at Chester Village Green.

Chesterfield County was one of three local government agencies in Virginia ranked on Forbes’ “America’s Best Employers by State” list. Chesterfield ranked 73 on the list, while Fairfax County and Arlington County ranked 60 and 65, respectively. Other Richmond-area government employers that made the list include Commonwealth of Virginia, VCU Health, and the public-school systems for Chesterfield, Hanover and Henrico counties.

Hanover
The Planning Commission at its June 20 meeting deferred to its July 18 meeting a vote on a revised version of The Lake District at Glen Allen mixed-use development. The revised proposal calls for 1,787 residential units – 415 fewer than originally proposed – along with 313,000 square feet of retail and office space on 323 acres along Mountain Road across from Cobblestones Park. 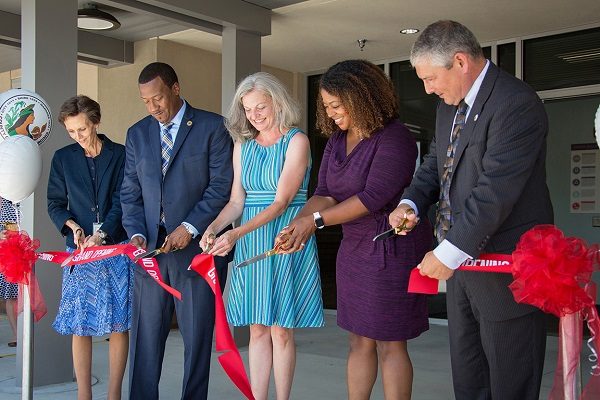 A ribbon-cutting ceremony was held June 27 to mark the opening of the Henrico Area Mental Health & Developmental Services East Center. The $10 million, 30,000-square-foot center at 3908 Nine Mile Road replaces a clinic about half its size in leased space on Laburnum Avenue.

Designed by Moseley Architects and built by Loughridge Construction, the center includes a medical unit with psychiatric and primary health care services, nurses’ offices, exam rooms and a pharmacy, among other components. The building was constructed to attain Silver certification from the U.S. Green Building Council’s Leadership in Energy and Environmental Design program. The center employs 95 workers and is expected to serve about 1,100 clients a month. 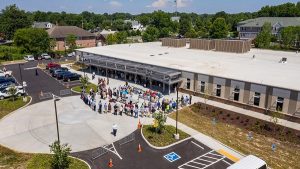 City Council will hold a special meeting Monday at 5 p.m. to vote on a proposed ban on firearms in city-owned buildings, parks or community facilities. An ordinance to allow temporary outdoor dining encroachments at the 17th Street Farmers Market also is on the agenda. Council’s Organizational Development Standing Committee will meet after the special meeting.

Interim Chief William Smith was named the city’s next police chief. The 51-year-old began with the police department in 1995 and has served as interim chief since Jan. 1 following the retirement of former chief Alfred Durham.