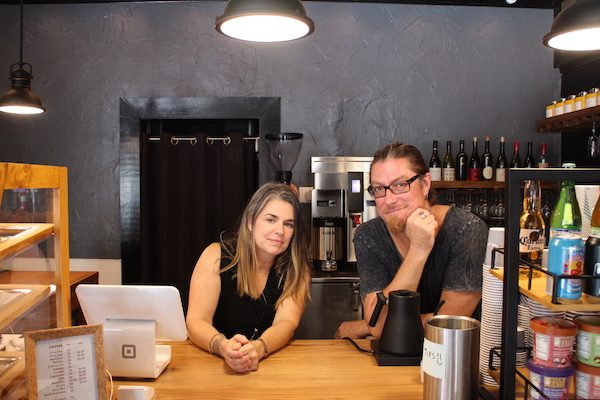 Behind Fuel Pump are Andreas Waltenburg and Mary Dail, who also own The Folly, a restaurant in New York City. The couple moved from New York about three years ago. 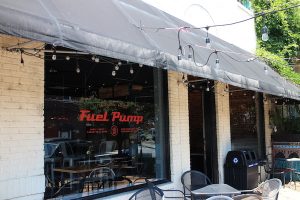 Fuel Pump tabs itself as a coffee station and wine bar, with a full espresso bar serving Intelligentsia Coffee along with beer and wine. It also serves pastries, bagel sandwiches and other fare for breakfast.

“The idea is to open early and close late, be a place where everybody can come work and hang out,” Waltenburg said.

He added they’re working on securing Cupertino’s N.Y. Bagels & Deli as its bagel distributor, and that they’re still developing the full food menu.

Fuel Pump is leasing the space, which also has an outdoor patio.

10 Italian Café had been in the space for four years before closing in December. It was run by Claudio Ragazzi, who still owns Caffespresso, his other café, which remains open at 1127 Gaskins Road in the West End of Henrico. 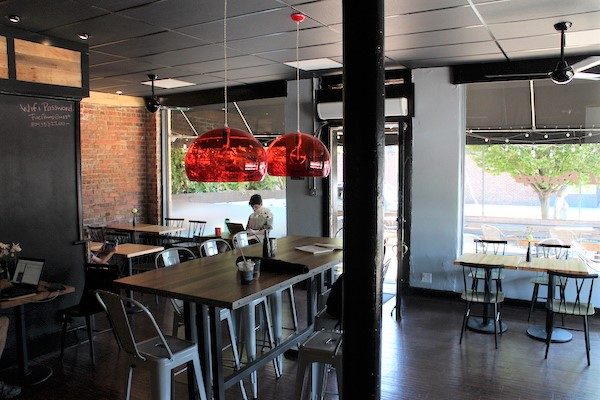 Dail and Waltenburg renovated the building themselves to be a coffee shop and wine bar.

Thats a great space, I love that patio.

Actually the coffee bar heritage on this goes back to Betsy’s and after that Bin 22 at Betsy’s , which was a terrific coffee and wine bar. Agree with Ed that the patio is great and arguably one of the best in Carytown.