The AnswersNow app puts parents of autistic children in touch with clinicians.

AnswersNow, which makes an app that puts parents of autistic children in touch with trained clinicians, is using the $850,000 it recently raised to expand into new markets and potentially double its staff.

Jeff Beck, co-founder and CEO, says he hopes to expand the company’s ability to answer more questions from parents and to increase its marketing efforts to reach new clients.

“We want to make sure that if there’s a parent in need they can find us and get answers,” Beck said.

Currently, AnswersNow employs between 40 and 50 certified clinicians on a part-time basis that field questions from parents of autistic children throughout the day. Beck hopes to expand this number to around 100.

Beck would not disclose a complete break-down of the list of investors in this latest capital raise, but said the two largest investors were Richmond-based Trolley Ventures and Kapor Capital out of Oakland, California.

Along with hiring new clinicians, Beck says he is looking to hire six or seven full-time employees to help run the app, and is also planning to spend an undetermined amount on digital advertising to reach new clients.

This latest investment comes after AnswersNow participated in the 2017 class at local accelerator program Lighthouse Labs, through which it received $20,000, office space and mentorship. 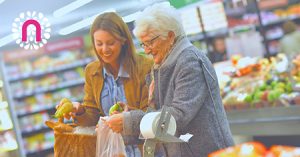 Naborforce aims to connect elderly Richmonders to a network of people who can help with day-to-day tasks and errands. (Courtesy of Naborforce)

AnswersNow’s capital raise is the latest in a several recent milestones achieved by local organizations that cater to those with autism. The Faison Institute and St. Joseph’s Villa, two local nonprofits that help that segment of the population, both held ribbon-cutting ceremonies for new centers dedicated to autism education in late May and early June.

In other startup funding news, Naborforce, an Uber-like service that launched last summer to connect aging Richmonders to a network of helpers for on-demand assistance with non-medical tasks such as errands and transportation, recently opened up an debt raise of $750,000.

It had raised $300,000 toward that total as of a June 18 SEC filing. President and CEO, Paige Wilson, said she could not comment further on the filing at this time.