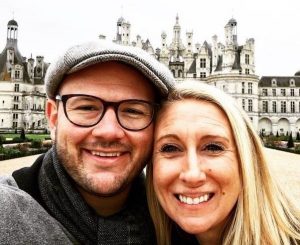 A relationship born out of accounting giant Ernst & Young in Nashville has borne fruit in Richmond – in the form of the area’s newest wine importer.

Cason and Heather Love are preparing to launch Terres Blanches Wine Merchants, which will focus on peddling both red and white wines from small wineries in southern France.

The Loves met while working at EY in Tennessee, with Cason leaving a few years ago to take a job at a Weygandt Wines, a wine retailer and importer in Washington, D.C.

“It had always been my goal to eventually import,” Cason said. “I’ve been into wine since college, and I started spending a lot of my free time learning about it and took several trips to Europe. It got to a point where I wanted to do it as a career.”

The couple moved to Richmond last winter to start Terres Blanches. Heather is staying on at EY while Cason is focused full time on getting Terres Blanches off the ground.

Cason explained the strategy of their focus on small wineries in southern France.

“It’s one of the few places left in France where young winemakers can go and buy their own vineyards. In many cases they’re able to purchase old vineyard – and the older the vines, the more complexity you can get,” he said.

He said he also sees a shift in the relationships between winemakers, importers and buyers.

“I think the days of the large importer that sells directly to distributors in every state is kind of going by the wayside. We’re seeing winemakers going with several smaller importers who are strategically placed around the country,” Cason said.

Terres Blanches’ ideal buyers will be restaurants in Richmond and Northern Virginia that source ingredients from local farms, as well as bottle shops, Cason said. They’re looking to get the first shipment of wine in August.

The Loves will run the business from their Bellevue home at first, with plans to find office and warehouse space soon. The couple raised $50,000 in startup funding from an investor based in Florida.

Terres Blanches is named for a type of soil found in southern France.

“My goal is to really promote this region, and I do plan to expand out of it,” Cason said.

The Loves will be the Richmond transplants to start their own wine business after arriving in town. Last summer Steven Plant launched wine distribution company Plant Wines.

Hi, in the last paragraph, am I correct in interpreting that the Loves will be the second Richmond transplants to start a wine business? I assume that was the intended meaning, since Steven Plant was the only other one mentioned. Great article, and I only wish I’d seen it sooner. I look forward to sharing it!