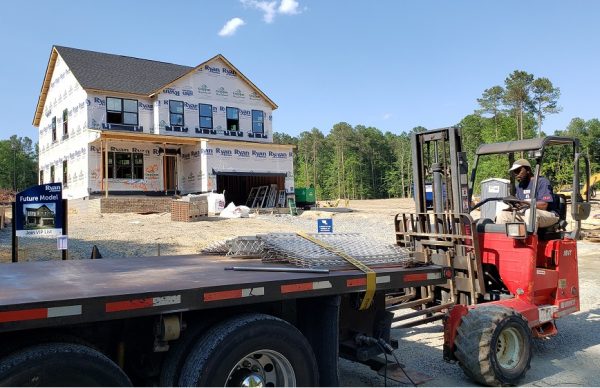 The model house at Pemberton Ridge is expected to be open for viewing by early August. Already over 200 people are signed up on a waiting list to be notified when houses are ready to be sold. (Photos by Josh Cozine)

A longtime local development company is preparing to transition into a new incarnation to be led by one of its longtime executives – and it already has three projects on the drawing board.

Atack Properties, which for decades has been one of the more prolific development companies in the Richmond region, is set to close at year’s end.

Its employees will move over to Legacy Land Development, a company created and led by Cindy Weinstock, who has been president of Atack Properties since the death of founder and namesake Bob Atack in 2014.

Weinstock said the new company was born after a winding down of a five-year plan Atack put in place prior to his death and shortly after his diagnosis of pancreatic cancer.

The plan will culminate on Jan. 1, 2020, when Atack Properties will close for business and its staff will be transferred to Legacy Land. The company will assume the management role of remaining Atack Properties assets that will continue to be owned by the Atack family. No money is changing hands as part of the transition.

Along with Weinstock, Legacy Land will be led by father and daughter Bill and Tracey Johnson, who previously worked as partners on several Atack projects. Most of Legacy Land’s deals will be equally owned by Weinstock and the Johnsons.

Richard “Cory” Atack, son of Bob Atack and formerly secretary for Atack Properties, will not be a part of Legacy Land, choosing instead to focus on his own companies, Richard Atack Construction in Innsbrook, and Glen Allen Plumbing in Rockville.

Cory said he couldn’t think of a better tribute to his father than when Weinstock told him that the name of the new company was created in homage to his legacy.

“When she told me about the name, I was proud to hear it,” he said.

Despite the tough industry, Cory said his father always trusted his employees, and especially Weinstock.

“If my dad was here he would not be surprised,” Cory said about the group continuing on into a new company of its own. “A lot of the team thinks it’s just like my dad is on vacation, because (the company) keeps running just as well.” 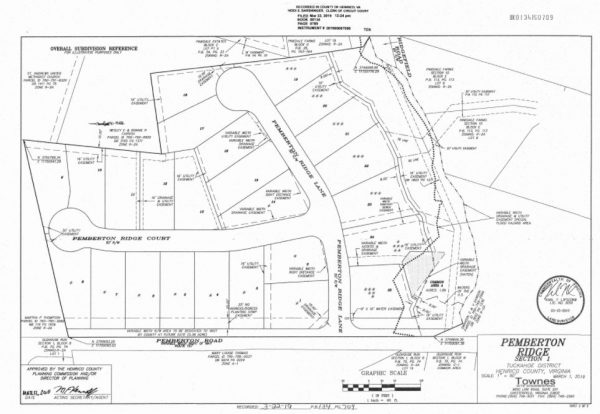 While it has operated quietly leading up to the transition, Legacy Land bought its first parcels for development in January 2017 and is now beginning construction on the projects.

Among them is Pemberton Ridge, a residential development that eventually will erect 24 single-family homes on 12 acres off Pemberton Road, with a model now rising at 9628 Pemberton Ridge Lane.

Weinstock said the land where Pemberton Ridge is now planned already was zoned for 25 one-third-acre lots. The deal for the property closed in October 2017 for $1.2 million.

“We’re always looking for land to build homes on, single-family or townhouses,” Weinstock said, “and when this piece came on the market, we placed a bid.”

The two-story homes at Pemberton Ridge will be priced at around $450,000 and up, depending on the specifications of each unit. The houses are expected to be between 2,400 to 3,300 square feet each. Ryan Homes is the builder.

The model is expected to be ready in August and the first calls to interested buyers will go out Aug. 8. Construction on the remaining houses will begin once buyers are lined up. The plan is for all houses to be sold and built by the end of next fall. 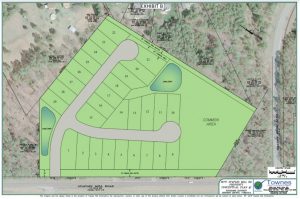 Pemberton Ridge is the second development Legacy Land has planned out so far, the first being Westlake — a community of 117 lots to be built at 1600 German School Road in the city. The model home there is expected to begin construction next month, and full build out is expected to finish around the same time as Pemberton Ridge next fall.

Legacy Land also has plans for two more upcoming developments. One is in Henrico on Staples Mill Road across from Glen Allen High School, called Britlyn — named for Weinstock’s late daughter. It will consist of two sections separated by another residential community, with 29 lots to the north and 17 to the south.

The other project, Middleton Place — named for Barbara “Barb” Middleton, the real estate agent who brought the deal to Weinstock — is at 9460 Hungary Road and will have 23 lots.

Britlyn and Middleton Place are expected to start construction by the end of this fall. Ryan Homes also has been tapped for those two projects.