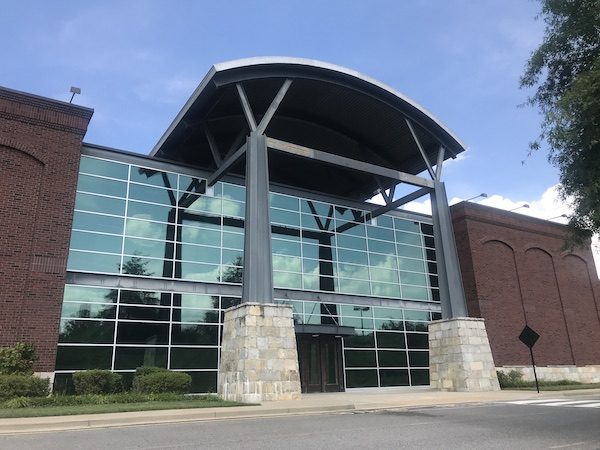 The former Dick’s space has been vacant since late 2018. (Mike Platania)

Stony Point Fashion Park may be close to reeling in a big new tenant to fill one of its larger vacancies.

“I can confirm that we’ve got an interest in this location (Stony Point Fashion Park) but don’t have further detail to share just yet,” Life Time spokeswoman Natalie Bushaw wrote in an email Friday. 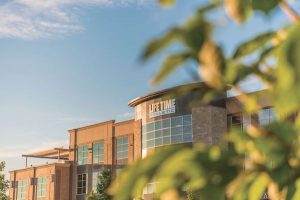 While Life Time did not specify which Stony Point space it is interested in, the mall’s website suggests it is the former Dick’s Sporting Goods space, which was left vacant last year at the southwestern end of the shopping center. The Dick’s building is now labeled as “Health Club” on the mall’s directory.

Interest from Life Time comes as Stony Point owner Starwood Capital Group is in negotiations with the city’s Economic Development Authority to purchase an adjacent 3-acre lot for an expansion of the mall, the details of which remain under wraps.

The size of and amenities at Life Time locations vary and may include gyms, spas, tennis courts, cafes, boutiques, kids’ play areas, lounges and coworking spaces.

Life Time operates five locations in the Northern Virginia area. Memberships range from $30 to $180 per month, with its Virginia locations averaging $100 per month. 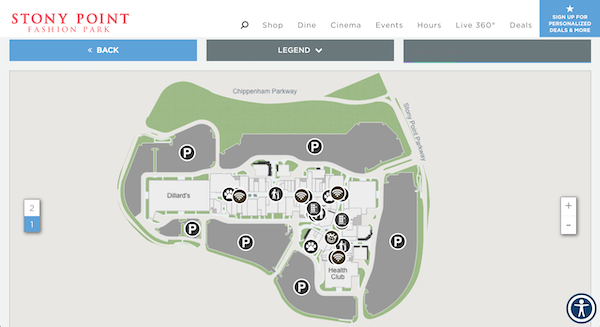 I like the Life Time concept, ACAC on steroids. Trying to build a little town in Stony Point might not be a bad concept.

I’m not familiar with the Life Time brand fitness centers, but this seems like a good transition for the old Dick’s Sporting Goods location. If Life Time is an “ACAC on steroids” as Brad Turner has stated, it may just fit in with the other high end fixtures at Stony Point. I look forward to hearing more.

I used to frequent the Life Time in Reston when I worked up that way. If they consider moving into the former Dick’s location and build it out similar to the Reston facility, it’ll be nothing short of incredible.

The possibility of a high end club in this area is awesome! I have heard some good things about Life Time, but have never been to one of their facilities.