In the midst of selling off some of his real estate holdings to satisfy a recent bankruptcy settlement, a notorious area landlord jailed since mid-March reached a plea deal last week that requires him to perform community service specific to combatting homelessness.

Oliver Lawrence, who once was sentenced by a judge to spend 40 days in one of his dilapidated rental properties, was released Thursday from Riverside Regional Jail after a hearing in which he pleaded guilty to reduced charges stemming from an incident in Petersburg four months earlier. 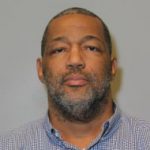 Lawrence was arrested March 15 in Petersburg and jailed three days later on charges of sexual battery and abduction by force or intimidation, the latter a felony. He pleaded guilty Thursday to lesser misdemeanor charges – assault and battery, and reckless driving – in a deal that let him walk free the same day due to time already served.

The events unfolded as Lawrence was in the process of unloading real estate tied to his personal bankruptcy case, in which he agreed in a settlement in December to pay the bankruptcy trustee $900,000 in installments over two years, with his Hanover County residence serving as collateral.

One property, the site of the former Chamberlayne Auto Sales & Repair at 2425 Chamberlayne Ave. in Richmond, sold at auction June 13, and a second commercial property at 402-404 Westover Hills Blvd. is scheduled for auction next week, with bidding opening July 22 and closing July 25.

Tranzon Fox’s Bill Londrey is handling the online auctions, the first of which drew numerous bidders, he said. Londrey would not disclose the buyer or purchase price for the Chamberlayne property, which he said is under contract and set to close soon. The nearly half-acre property is assessed at $247,000, according to Richmond property records. 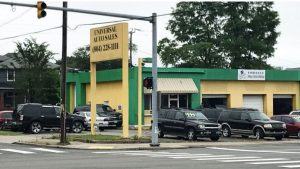 Londrey said the buyer owns other properties in the area, including one likewise outfitted for an automotive use. He said the buyer hasn’t shared plans for the Chamberlayne property but was attracted to its corner-lot location in an area that’s seeing increased interest from developers and city planners.

The Westover Hills property, consisting of a vacant five-bay garage and an operating convenience store on three-fourths of an acre, is valued at $524,000, according to the latest city assessment. Londrey said Lawrence gave the go-ahead for that auction based on the result of the last one, adding that future auctions – if needed to meet the $900,000 bankruptcy payback amount – likely would involve one or more of Lawrence’s residential rental properties, which are said to total over 1,000.

“I think he wants to see how each of them do financially and how the numbers come in before he determines what course of action he might take,” Londrey said. “We don’t have any specific plans beyond this one, because he needs to react to how much he’s still in the hole once he knows the number on this one.”

Both properties were mentioned in Lawrence’s bankruptcy case as examples of what Peter Barrett, a Kutak Rock attorney serving as the trustee in the Chapter 7 case, alleged as a scheme by Lawrence and his wife Kim to defraud creditors by moving money and assets between them. 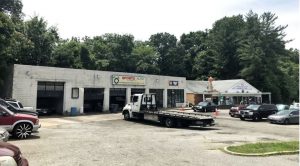 The Westover Hills property housed another auto business that Lawrence owned through Auto Center Holdings, one of several LLCs tied to Lawrence that were listed along with the couple as defendants in Barrett’s complaint. Barrett alleged money from that business was transferred to a bank account for Lawrence’s home rental business but still was used to make payments on Auto Center debts.

Lawrence’s home rental business, the latest iteration of which was LBKBL Properties, totaled over 1,200 properties at the time of a creditors meeting in 2017.

According to Barrett’s complaint, by the end of 2016, LBKBL owned $2.5 million in real estate and collected almost $350,000 in annual rents.

It was that part of Lawrence’s business activities that led to his arrest in March, when prosecutors said he was en route to some of his properties in Petersburg when he pulled up beside and offered work to a man and woman walking along the street.

At Thursday’s hearing in Petersburg Circuit Court, Leslie “Les” Lindsey of the commonwealth attorney’s office in Petersburg said the woman alleged that, after she got into Lawrence’s van and her boyfriend got into a moving truck following them, Lawrence veered off course, parked the van and groped her and tried to kiss her. Lindsey said the woman told Lawrence to stop and they rejoined the rest of the group, with the woman and her boyfriend remaining there the rest of the day to work and get paid.

Lindsey said the plea deal was made in light of the “he said, she said” nature of those events, adding that it would be difficult to prove an abduction by force or intimidation because the woman stayed on the job site the rest of the day.

Lindsey said Lawrence would further argue that he thought he was about to be robbed by a group of people approaching his van when he sped off before dropping off the woman at her house. That event led to the felony abduction charge that was reduced in the deal to reckless driving.

On the lesser assault charge, Judge James D’alton Jr. sentenced Lawrence to 12 months in jail with six months suspended, allowing Lawrence to be released that day because he had received credit for time served since his arrest in March.

Lawrence also was required to write an apology letter to the plaintiffs, have no contact with them, pay a $1,000 fine on the reckless driving charge, keep good behavior for five years and perform 150 hours of community service with a homeless facility or organization.

Lindsey, who described Lawrence as “known by many as a slumlord,” said the community service caveat was added in light of Lawrence’s history and 2009 conviction of multiple violations related to his home rental business. He told the judge the community service requirement was aimed at helping people who had been hurting due to Lawrence’s actions over the years.

Lindsey later said that history also factored into a judge’s decision in May to deny Lawrence bond after he was indicted by a grand jury. He said Judge Joseph Teefey Jr. made reference to Lawrence’s housing code violations and a history of not obeying previous court orders in his bond denial, which Lindsey said also is typical with an abduction charge.

In his remarks at Thursday’s hearing, Lawrence’s attorney, Travis Williams of Chester law firm Daniels Williams Tuck & Ritter, acknowledged that Lawrence “comes to court with a reputation; some of it earned, some of it not,” adding that Lawrence wanted to move on from the case and considered the plea deal a good resolution.

Williams later reiterated that the woman continued to work with Lawrence after the alleged assault and did not make a report to police until later. He said Lawrence called police, as well as his attorney and accountant, after driving away from what he believed was a robbery attempt.

Reached by phone Monday, Lawrence declined to comment on the record for this story, stating only that he’s doing fine and “just trying to take care of my obligations.”

Note: This story has been updated to include input from Williams received after deadline.

how is he making as little as $300 a property in rent? And given that, how is he paying for these places, I assume mortgages are involved?