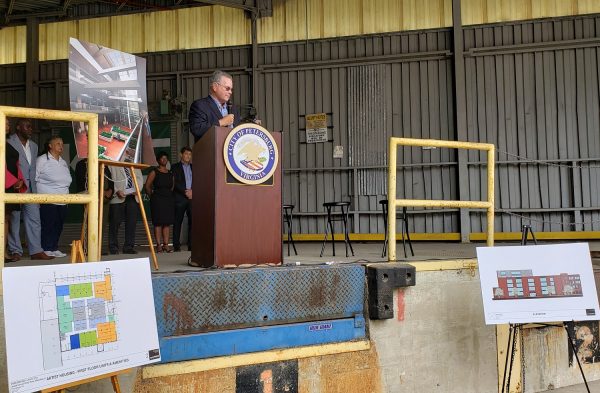 An old cigarette factory in Petersburg is the site of developer Tom Wilkinson’s latest apartment conversion.

Ground was broken Friday on the Petersburg ArtistSpace Loft Apartments, which will install 226 low-income apartments into the former Brown and Williamson cigarette factory at 120 Perry St.

ArtistSpace draws its name from its plan to focus on pulling in artists of all disciplines with amenities such as a downstairs art gallery, a four-story atrium and studio spaces, and by setting aside 50 apartments that will be rented only to vetted artists. 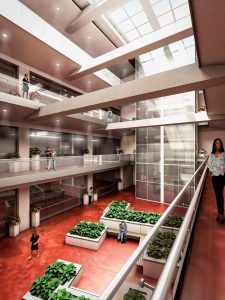 Wilkinson first purchased the 325,000-square-foot complex, which stretches from 110 to 220 South Perry St., in 2011, with plans to turn it into housing or mixed housing and office spaces.

Wilkinson is well-known in the area for buying up old, out-of-use warehouses and factories, and owns 30 properties through several companies in the Richmond area, 10 of which are in Petersburg. He previously renovated the building at 210 Perry St., dubbing them the Perry Street Lofts.

For ArtistSpace, Wilkinson teamed with The Cameron Foundation, Petersburg Redevelopment and Housing Authority, and multiple investors.

Todd Graham, president of The Cameron Foundation, approached Wilkinson in 2014 with an idea for the property: make it into artist-focused lofts.

Graham had worked on similar projects in the past in Seattle and Council Bluffs, Iowa. After hiring Artspace Projects — the same nonprofit that helped him with his previous projects — as a consultant to assess the area in 2013, it looked like Petersburg was right for the project. 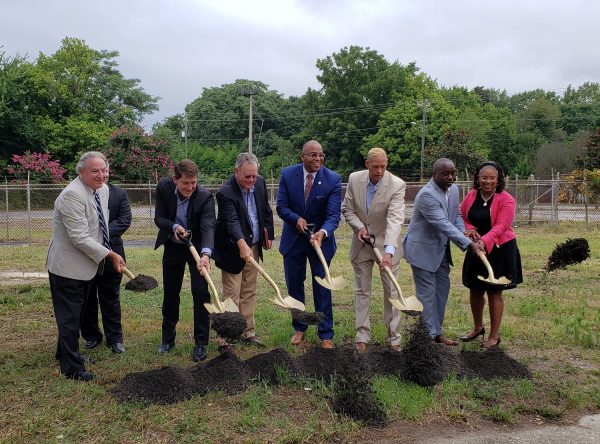 Wilkinson teamed up with The Cameron Foundation, Petersburg Redevelopment and Housing Authority, and multiple investors for ArtistSpace.

In 2014, the foundation, in partnership with Artspace Projects and the City of Petersburg, conducted a survey of local individuals, businesses and artist-related organizations. The positive results, Graham said, further solidified his interest in setting up a dedicated space for artists in Petersburg, with the hope of helping to revitalize the area.

“It has tremendous economic impacts,” Graham said, saying that the artist-focused units not only draw in art-related businesses, but also increases tourism, and stimulates investment in the area and the starting up of art-based businesses. 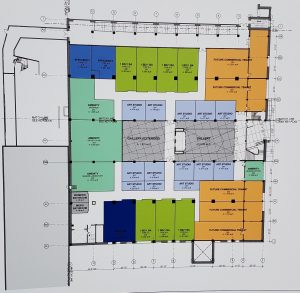 Wilkinson hopes to finish the lofts by the end of 2021, with some units ready to go earlier. KBS Inc. is the contractor on the project, which was designed by architect Walter Parks.

The lofts are being developed for low-income tenants who earn between 40 and 80 percent of the area median income — around $34,000 for Petersburg. Units will run between $700 and $1,300 monthly, adjusted with the idea that they should cost no more than 30 percent of tenants’ monthly income and depending on if the unit is one or two bedrooms. Utilities, garbage services, sewage and internet access are included in the price.

The total cost of the project, according to Wilkinson, will be roughly $58 million. The property will utilize low-income housing tax credits, as well as historic rehabilitation tax credits. Bonds, bought by Cedar Rapids Bank & Trust, were issued by the Petersburg Redevelopment and Housing Authority.

CAHEC (Community Affordable Housing Equity Corp.) represents the largest investor in the project at $23 million through investments and buying of tax credits. The Cameron Foundation has invested $400,000 toward the 50 artist-specific spaces. SL Nusbaum Realty Co. will be the property manager.

This is great news for Petersburg, only a few more large factories left for conversion and the city owns the Titmus factor which is enormous. At one point it was were the monopoly of the opticals industry was based and produced. Also the downtown Sycamore street has seen a great revival in the last year with work on over 21 store fronts taking place only about 36 left.

How does one apply and get vetted for an apartment.